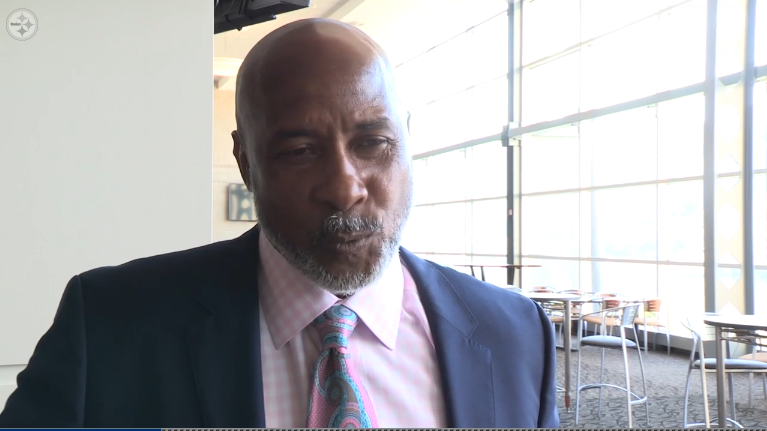 He didn’t talk to JuJu Smith-Schuster leading up to the draft about possibly going to the Pittsburgh Steelers, but USC athletic director and Hall of Fame wide receiver Lynn Swann is happy with where his player landed.

Swann, once a co-owner of the Steelers himself, became the athletic director just a little over a year ago, and so was only directly a part of Smith-Schuster’s collegiate career for that period of time, but as a fellow alumnus himself, was assuredly around before then, especially with such a promising young receiver budding before him.

But “he didn’t talk about me going to the Steelers”, Smith-Schuster said in his discussions with Swann leading up to the draft. Instead, “it was just advice about being a good person and [to] keep working hard”.

But Swann did talk to Gerry Dulac of the Pittsburgh Post-Gazette after the Steelers made him the 62nd-overal pick in the second round. “He’s a different kind of receiver than what the Steelers already have in their lineup”, he told Dulac.

“He can play physical”, he continued. “He’ll go up and fight for the ball. in addition to [Antonio Brown], he’ll be that other receiver who can go down the field and get the ball”. Smith-Schuster is the highest-drafted wide receiver that the Steelers have added since they selected Santonio Holmes in the first round in 2006, the final draft under Bill Cowher.

Swann said that a number of people immediately reached out to him after the draft to ask him about just who it was that the Steelers added to their team. “’Did we get a good guy? Did we get a good player’”, they would ask. “I think we did”, he responded.

“I spoke to him this morning”, Swann said on the Saturday morning after the second day of the draft, “and I essentially told him he’s going to enjoy Pittsburgh, he’s going to enjoy the people of Pittsburgh. It’s a great organization to play for. He can thrive if he’s having success on the field. He can have even more success off the field in Pittsburgh”.

Much has been made about the seeming lack of interest the Steelers showed in Smith-Schuster during the draft process, but one should consider the fact that they basically had one of their own on the ‘inside’ in Swann, looking over him for the past year. You can rest assured that they consulted with Swann prior to selecting him.

Dulac notes, as I previously wrote, that Art Rooney II’s son, Daniel Martin Rooney, referred to as Dan Rooney III in this article, was in attendance as USC’s pro day and talked about the wide receiver with Swann at that time. Rooney is currently a coaching assistant and previously worked in the scouting department.

“He was like a real warrior” Swann said of Smith-Schuster reflecting upon his time there. “Just every game, doing what he could, drawing double coverage, keeping everything going. He was a real leader on the football team, keeping people up and inspired, being able to take the team to the Rose Bowl”. And he’s still 20 years old.

So far, Smith-Schuster is ahead of where Swann was at this point in their careers. The night Swann was drafted, he got arrested and charged with assaulting police officers. Smith-Schuster just jumped into the ocean.