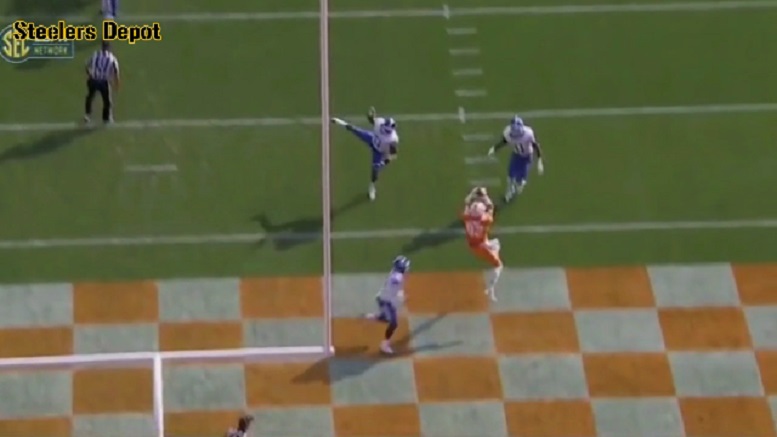 I am now winding down a short series dedicated to new Pittsburgh Steelers quarterback Joshua Dobbs in which I am breaking down and detailing all of his 2016 touchdown passes from his 2016 season at Tennessee in an effort to focus more on some positive aspects of his play.

In the first two post of this series I showed you Dobbs’ first 18 touchdown passes from his 2016 season and in today’s offering we’ll look at his next nine scoring passes that he had in his games against Kentucky, Missouri, Vanderbilt and Nebraska. As usual, detailed information is included in this breakdown of Dobbs’ touchdown passes from 2016 complete with play-by-play descriptions, air yards, yards after the catch, snap to throw times, as well as whether or not play-action was used.

The included video contains all nine of Dobbs’ touchdown passes from those four game mentioned above along with a few replays.

Now that I am finished detailing all 27 of Dobbs’ touchdown passes from his 2016 season I will recap the data and all observations in a separate Saturday post for you.