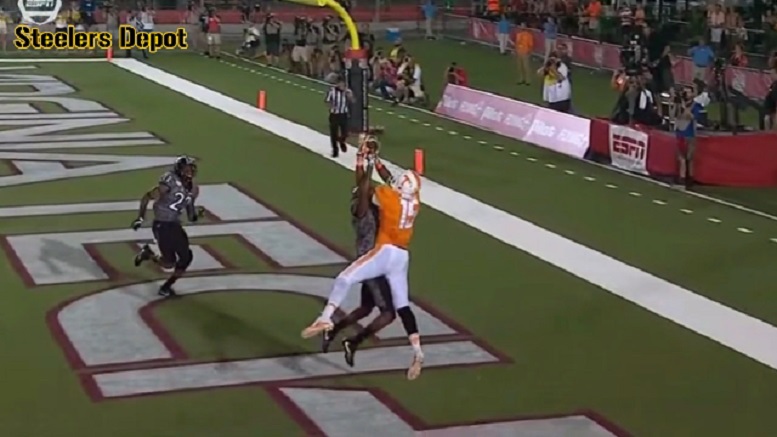 Ever since the Pittsburgh Steelers selected former Tennessee quarterback Joshua Dobbs in the fourth-round of the 2017 NFL Draft, several readers have made it clear that they feel we haven’t spent enough time focusing on his positives. In light of that, and even though my recent study of Dobbs’ perceived negatives ended-up showing some positives, I will now dedicate a short series to some positive plays that he made in 2016.

In this series, we’ll have a look at Dobbs’ 27 touchdown passes from 2016 and do so in the same manner that we did with his third down incompletions from the season and that will include the play-by-play description, snap to throw times, air yards, yards after catch, as well as whether or not play-action was used.

After all 27 of Dobbs’ 2016 touchdown passes are reviewed, I will post a recap of the data and other observations compiled from the plays.