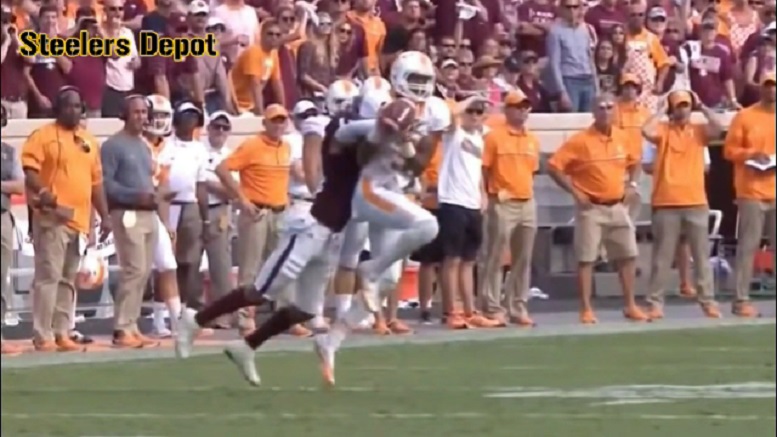 I wrote last weekend about how poorly new Pittsburgh Steelers quarterback Joshua Dobbs performed on third down pass attempts during his college career at Tennessee and in that post I indicated that I planned on digging deeper into his 2016 tape in order to see what really happened. I have now started a study related to that topic that includes me breaking down all off Dobbs’ 2016 incompleted third down throws from his 2016 season.

In the two videos below you’ll see all of Dobbs’ third down incompletions from those two games and underneath them are the charted play-by-play accounts complete with air yards from the line of scrimmage, snap to throw times as well as a brief description of what happened.

As usual, I invite all of you to comment on my assessments of each play in addition to any other analysis you believe is necessary. This series now includes three posts and if you missed the two previous ones they are linked below. Once all of Dobbs’ games are analyzed I will post a recap of the data. Thank you for following along.