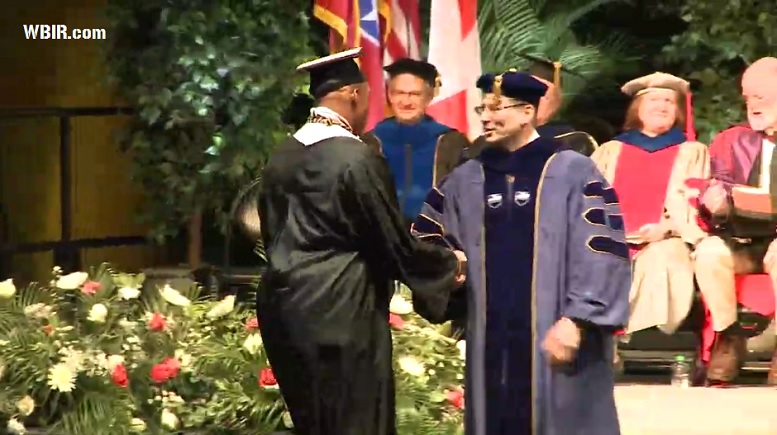 While most of the players who are scheduled to take part in the Pittsburgh Steelers annual rookie minicamp this weekend are likely already in town, the team’s fourth-round draft pick, quarterback Joshua Dobbs, won’t reportedly join his new teammates until much later this evening.

While Dobbs might just be the Steelers latest arrival this year, he’s got a good reason for that as he graduated from the University of Tennessee on Thursday.

“I’m excited to get on the field,” Dobbs said Thursday, according to Luke Slabaugh of WBIR-TV.

Dobbs, who graduated from Tennessee with a degree in aerospace engineering, reportedly walked across the stage at Thompson-Boling Arena to enthusiastic applause from the friends and family members of graduates in the crowd, as well as his own classmates and you can see that in video provided below.

Congratulations @josh_dobbs1! The former #Vols QB got his degree today, and now he's off to the #Steelers. More: https://t.co/LK4YG2LNdE pic.twitter.com/jz6j0P8als

“It was of the utmost importance,” Dobbs said of his recent accomplishment, according to Slabaugh. “You definitely want to take advantage of that opportunity, to go get a degree in something you enjoy, have a passion for, but also something worthwhile you can use down the road.”

Pittsburgh’s new quarterback also sported quite a colorful graduation cap on Thursday that included the Steelers logo on top along with the colors and logo of Tennessee and Slabaugh provided a picture of that on his Twitter account.