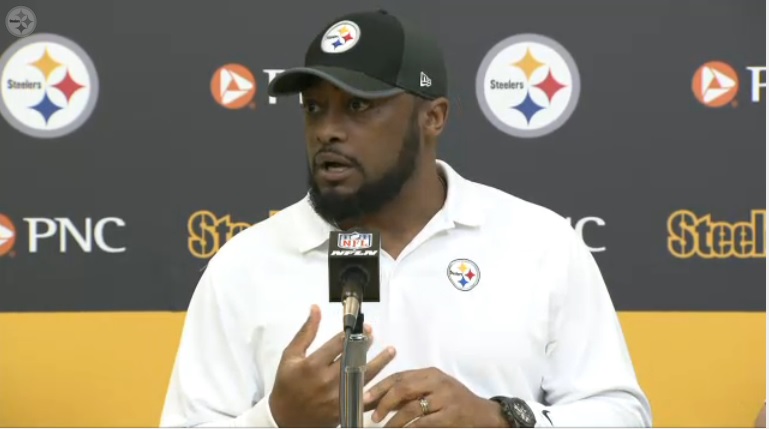 “Great weekend. An opportunity to get to know some of the guys that we are working with,” Tomlin said. “Opportunity to get to evaluate some tryout guys. Excited to have them. I loved the general enthusiasm and attitude of the group collectively. Needless to say this is just the beginning. It looks that way. A very productive weekend thus far.”

Tomlin was asked if anyone or anything has stuck out to him so far after the first two days of working with the younger players.

“I am really not looking for anything too.” Tomlin said. “It’s more about getting our feet on the ground, teaching these guys some cultural things. Getting to know them, how they learn, how their bodies work. That is my agenda. I am not looking to be impressed, or disappointed in anything that’s I see physically at this point. We are just not there yet.”

While we won’t know for a few more says if any tryout players will ultimately be signed to the team’s 90-man roster, Tomlin indicated Saturday he’s always open to that happening

“I have stated it, but whether or not they believe me is up to them,” Tomlin said when asked if he’s always preaching to the young players that they have a chance at ultimately making the roster. “Oftentimes, whether or not they believe me, has a direct impact on how they perform. I am wishing them the best. It is a legitimate opportunity, but they have to believe it.”

As for the speed that Tomlin’s seen the last few days, the head coach had an entertaining response when asked about that on Saturday.

“It’s not fast yet,” Tomlin said. “They are all in the same space. Wait until next week or so when those other guys get here.”

Tomlin is referring to the team starting their OTA sessions a week from this coming Tuesday and that will include the entire 90-man roster getting on-field work done.