Pittsburgh Steelers wide receiver Martavis Bryant is now back in Pittsburgh as he confirmed that recently on his Snapchat account with a few pictures that you can see below.

Bryant, who was conditionally reinstated by NFL commissioner Roger Goodell just ahead of the 2017 NFL Draft taking place, had reportedly been living and training in Las Vegas before returning back to Pittsburgh.

“Bryant may join the Steelers at the training facility and participate in meetings, conditioning work and similar activities,” a statement announced a few days before this year’s draft took place. “Once arrangements have been confirmed regarding Bryant’s clinical resources in Pittsburgh, he will be permitted to participate in all preseason activities, including practices and games.

“Prior to the start of the regular season, the NFL will review Bryant’s progress. Based on his compliance and engagement with his program and resources, he will be permitted to participate in all regular season activities beginning in Week 1. He will be evaluated later in the season for full reinstatement.”

“We look forward to working with Martavis to ensure that he is mentally and physically prepared to contribute to our efforts on the field, while also maintaining the proper balance to keep his life in order off the field,” Colbert wrote.

The Steelers are currently in Phase Two of their annual offseason program that got underway on Monday, May 1. That phase is a three-week period and during that time, on-field workouts are permitted that may include individual player instruction and drills. No live contact, or team offense vs. team defense drills are permitted during that phase.

As of Monday, Bryant has not surfaced in any Phase Two pictures on the Steelers official website so we’ll be on the lookout for those.

Bryant was suspended for the entire 2016 season after multiple violations of the league’s substance abuse policy. The former fourth-round draft pick has reportedly worked extensively while away from the team and that includes him putting on a little weight. The Clemson product recently again accepted a challenge issued to him by Steelers quarterback Ben Roethlisberger, who added that he’d like to meet with his wide receiver in private in the near future. 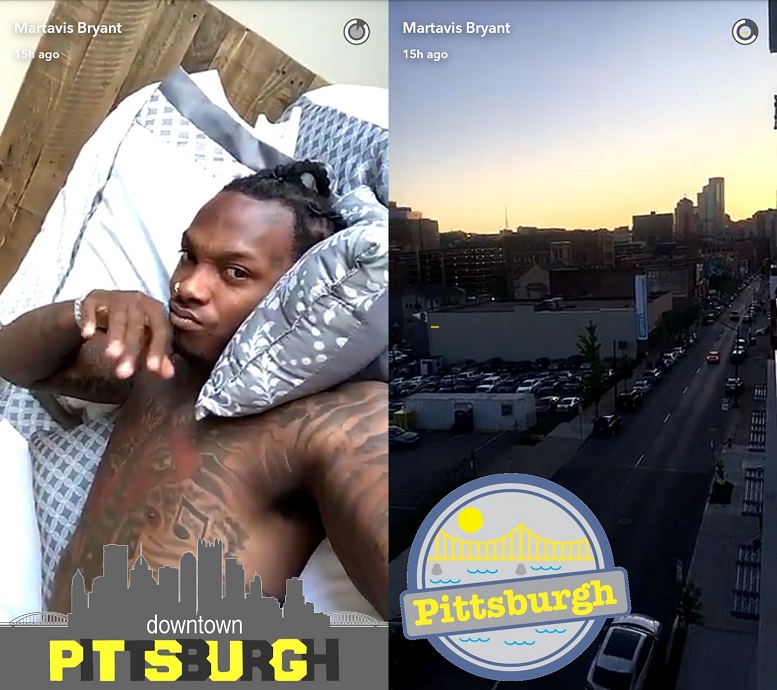