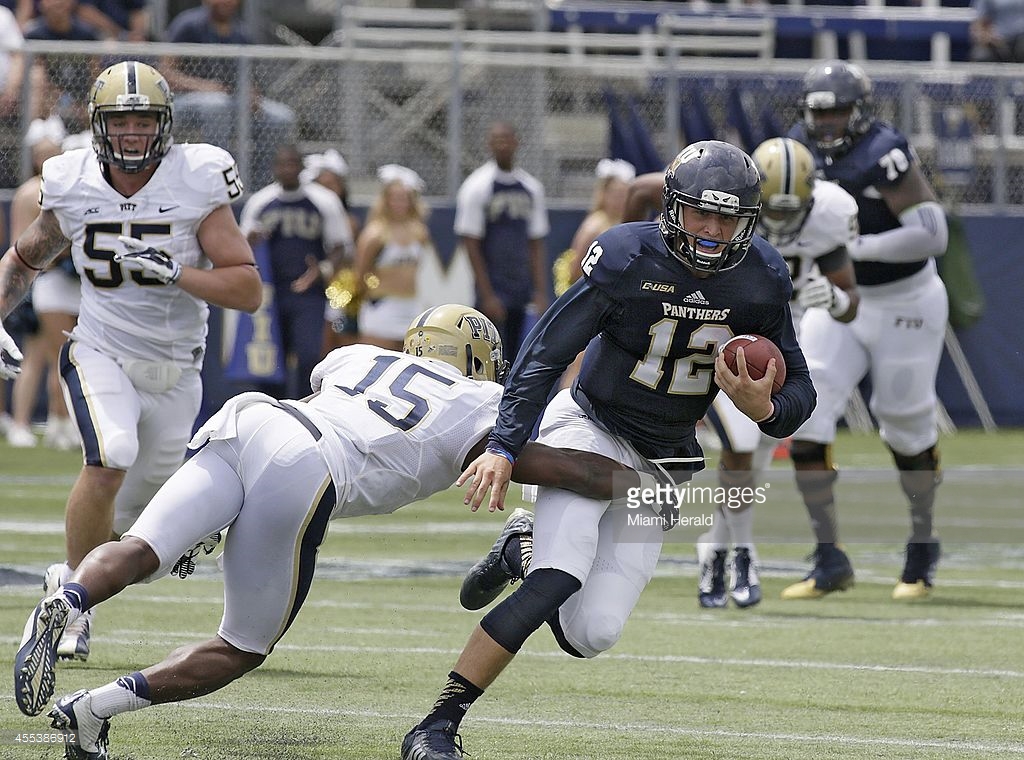 Two more names to throw at you that will be attending this year’s Pittsburgh Steelers’ rookie minicamp. And surprise, surprise, they’re another pair of local players.

Congrats to @regmitch5 on being invited to @steelers Rookie Minicamp! #H2P pic.twitter.com/OpHYrcvyRh

Congratulations to former Vulcan Arron Terry for being invited to participate in the mini camp with the Steelers. We are proud of you!

Mitchell (5’11 188) recorded 132 tackles in his time at Pitt but failed to pick off a pass and forced just two fumbles, both coming in 2013. He began his career at Wisconsin before transferring after the 2012 season, forcing him to sit out a year. He made four starts at strong safety as a senior. Mitchell is a Pittsburgh guy through and through, attending Shady Side Academy in high school.

Both those players will compete for a contract during the Steelers’ three day rookie minicamp next week. Generally, 1-2 players end up going from tryout to 90 man roster whether that’s due to strong play or injuries from a UDFA/futures contract.

UPDATE: Kicker Chris Blewitt has also been invited to camp. He struggled last year, converting on just 10 of 18 kicks.

Congrats to Chris Blewitt on being invited to @steelers Rookie Minicamp! #H2P pic.twitter.com/ZOjUAAN2h4

Iowa State NT Demond Tucker has been invited to camp. Named second team All-Big 12 last year, he recorded 45 tackles for the Cyclones in his senior season. He started 23 games at nose tackle in his two years with the team after transferring from a JUCO.

Congrats to Demond Tucker (@Tha_blessed_kid) on being invited to the Pittsburgh Steelers camp. #CyclONEnation pic.twitter.com/yURee8eqeI

Congratulations to WR Rokeem Williams for getting an invite to attend the Pittsburgh Steelers rookie mini-camp!#GraduatingChampions pic.twitter.com/q99DOLxcGQ

You can now add Tulane guard Chris Taylor to the list of players being brought in for a tryout during the rookie minicamp.

Taylor started in 42 of his 48 career games at Tulane with 39 consecutive starts on the offensive line where he played both guard positions. He measured in at his pro day at 6024, 330-pounds and he did 22 reps on the bench.

Tulane guard Chris Taylor has been invited to #Steelers rookie minicamp next weekend.

Congrats to @KarmichaelD for representing ? at the student athlete of the year banquet! He just got invited to the @steelers rookie camp! pic.twitter.com/ko4Ofct1i4

Congrats to Kendall Pace on his invite to @steelers Rookie Minicamp #ProLions pic.twitter.com/26qVNlqAFL

39 career starts, most coming at left tackle. Began his college career at 17, meaning he’s somewhere around 20 or 21 years old today.