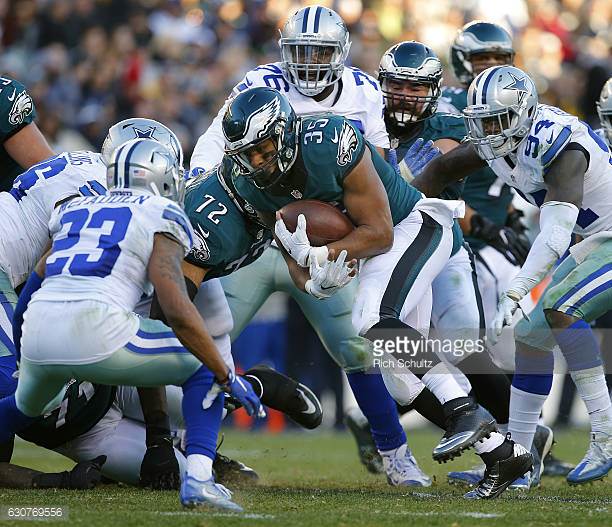 Circling back to running back Terell Watson.

I don’t believe Watson is technically under a futures deal given that he was signed last week. Regardless, he’s in the same boat as any of the others we’ve covered. Not thought about by most and assumed to be off this team by the end of August.

Watson’s signing was even more overshadowed by Ladarius Green’s release. Watson was signed in a corresponding move that precisely no one cared about at the time, myself included. He was Rudy before the cool parts of Rudy.

But coming out of the draft, he was an interesting prospect. Watson attended the same school as Christian Okoye, who dominated for six smashmouth seasons with the Kansas City Chiefs. It was Watson who not just broke, but shattered, all his records in school.

By the time he hung up his college cleats, Watson held the school record in rushing yards, rushing touchdowns, and total touchdowns/points. In all, he rushed for over 5700 yards and 78 touchdowns. He parlayed that into a strong showing into the NFLPA Bowl game, a pre-draft event, earning MVP honors.

It’s an on field career as outstanding as his story and the adversity he’s overcome. His mother was 15 when he had Watson, before literally leaving him on the doorstep of her parents. Billy and Janice Watson adopted him – and eventually two more of their daughter’s children. The LA Times has a fantastic feature article on him from back in 2013.

Terell grew up under their roof and thrived but never had the NFL in his sights, even as teammates and coaches around him recognized his talent. And they were household names, even at an out-of-mind school.

“He’ll come to the sideline when I’m making adjustments with the line and say, ‘This is what they’re doing, Coach. These two guys are coming here, they’re in this kind of coverage,’ and I’m thinking, ‘Let me sort his out, young man; that’s my job.'”

Okoye chimed in with the scouting report on his physical traits, saying he “has the physical tools,” to make it into the NFL.

Watson ultimately went undrafted in 2015 despite putting up impressive workout numbers; a 4.55 40, 35.5 inch vert, and 10’3″ broad at 236 pounds. The Cincinnati Bengals picked him up following the draft and he bounced around between them, the Cleveland Browns, and Denver Broncos over the next calendar year.

His last stop, Philadelphia, was his best so far. He carried the ball nine times in the final game of the regular season, scoring his first career touchdown from one yard out in the waning minute, which you can check out here.

He’s also shown some serious power and leg drive in the preseason.

Watson comes to the city perhaps last on the depth chart. Definitely the last man on the ship. But he has a sliver of NFL experience and the size the Steelers really like. There’s a chance he can carve out a spot on the practice squad because the team normally likes to go with someone who has serious size.

In college, Watson admitted he never even watched the NFL. Didn’t know who the stars are. Now, he’s living that dream and those stars are teammates.