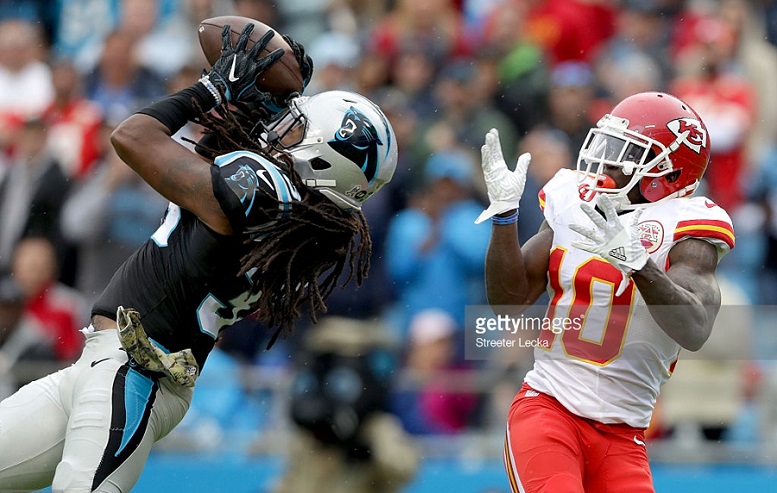 With the 2017 NFL Draft now over the Pittsburgh Steelers will likely look at a few more low-priced free agents over the course of the next several weeks and it appears as though they recently had a safety in town for a visit.

According to his Twitter account, former Carolina Panthers safety Tre Boston recently had a free agent visit to Pittsburgh and it’s clear that he didn’t sign while in town.

Pittsburgh went great love the staff! Next Trip to the Chargers and then to Buffalo after that! #RoadTrips #GodsOpeningDoors #Thankful ??✈️

“Pittsburgh went great love the staff! Next Trip to the Chargers and then to Buffalo after that!”

Boston was originally drafted by the Panthers in the fourth round of the 2014 NFL Draft out of North Carolina. In three seasons with the Panthers he recorded 108 total tackles, 10 defensed passes and three interceptions.