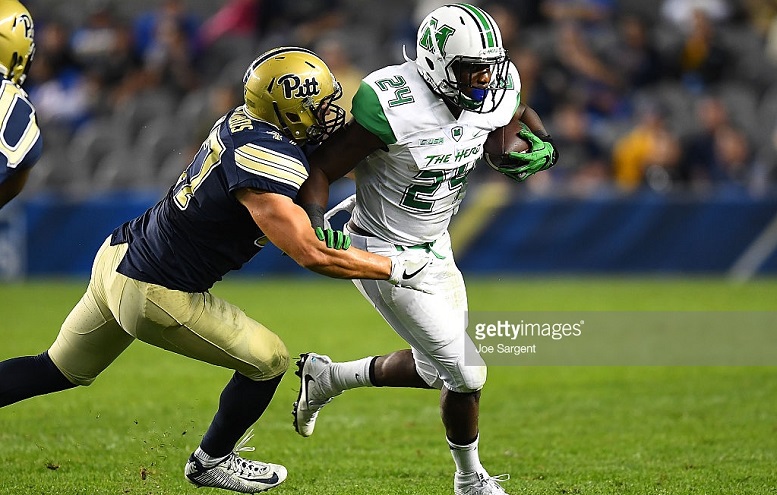 If you don’t mind, I’m going to climb on up my soapbox here to circle back on a topic I buzz around the comments section time and time again. There is no such thing as a “camp body” and this weekend’s rookie minicamp session proves it. Again.

As you know by now, two of the 20-odd tryout players were signed to NFL contracts. Fordham tight end Phazahn Odom and Pitt linebacker Matt Galambos. Entering the weekend, it’s easy to dismiss both of them as just camp bodies, players needed to fill out the practice field so the “real” players – the drafted rookies – can begin their work.

Odom is a small school kid who is getting the chance to play at the league’s highest level. Galambos had a tough childhood, a mother who battled addiction, leaving him and his siblings to fend for themselves at times, who gets to live out a dream for at least a little while longer. They’re no longer just tryout players. They’re Steelers.

To refer to any player as just a “body” creates such a negative and untrue connotation. In Pittsburgh at least, the tryout guys are treated as well as the first round pick.

Running back Jawon Chisholm’s words still ring in my head everytime I think about that. He isn’t the only one who has explained it to me but Chisholm said he felt like family during his brief initial time with the team, the three day minicamp in the spring of 2015.

“No one was stuck up, no one was arrogant. Coach Tomlin talked to every single last person. When I first went there, he talked to the rookie minicamp guys, the tryouts and the guys who got drafted, he talked to everyone the same with the same demeanor. He always gives you that type of hope that you really can make it. I feel like he sincerely means everything that he says.”

It wasn’t just Tomlin but the group of positional coaches, who, for my money, are some of the best as a collection in the league. Running backs coach James Saxon kept in touch with Chisholm even after the minicamp, where he left without a contract, and was on the ready when the team brought him mid-way through training camp later that year.

It was a brief stay and Chisholm was cut during final cutdowns. He’s now retired but it was a couple weeks no one can ever take away, serving as inspiration for himself and his community.

Then there are those who were able to stick around. Terence Garvin is the example we go back to, someone else who I’m sure was viewed as a “camp body” when he first arrived in Pittsburgh. That camp body turned out to be one of the team’s best special teamers and is still in the league.

We’re not even getting into the undrafted free agents, of which there are too many to name. Pittsburgh, maybe more than any other team, has shown the value of the UDFAs over the history of their franchise.

I know most of these players, especially the tryouts, are going to leave the team without a contract and we’ll forget about them almost as quickly as they came. But they have a story to tell, a journey made, and that should be celebrated.