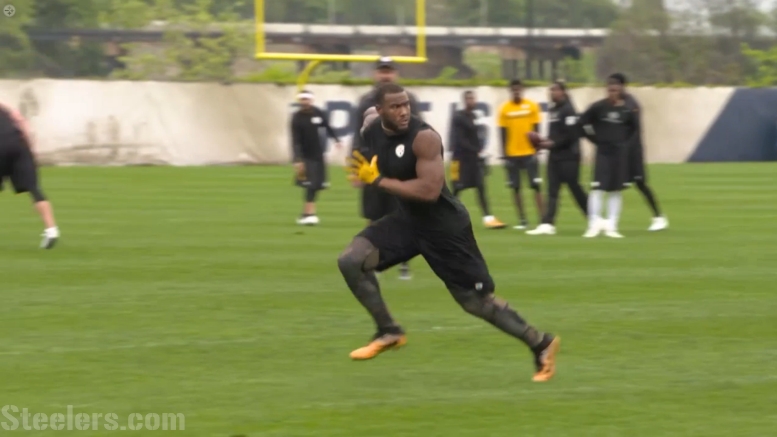 Pittsburgh Steelers second-year tight end Xavier Grimble understands that this is going to be a pivotal offseason for him, and it got a whole lot more significant after the team released Ladarius Green with a failed physical designation last week. It should probably go without saying, but when the top player on the depth chart leaves, everybody else moves up a peg.

It’s time for him to prove himself and to earn a significant role. He is, after all, not getting any younger. The 2016 season may have been his first on a 53-man roster, but he is actually entering his fourth offseason after originally going undrafted as an underclassman in 2014.

The USC product, who will turn 25 on September, kicked around with the 49ers, Giants, and Patriots during the 2014 season. He was with San Francisco again in 2015, but did not make the 53-man roster. After the Steelers initially signed a different outside free agent tight end to their practice squad that year, they replaced him with Grimble in a four-player swap the day after initially setting their practice squad.

And he has been with the Steelers organization since, though as you may have picked up, this is actually only his second offseason with the team. He did manage to stick around for the entire 2015 season on the practice squad, and even got a couple of shoutouts from coaches and teammates based on what he showed in practices.

He stepped up enough during the 2016 season to earn a spot on the initial 53-man roster while Green was on the PUP List, but he still stuck around when the free agent pickup finally made his debut. His snaps may have took a hit after that, but he was still present, and still ready to contribute.

He did start to gain more snaps after Green’s concussion, but arguably his highlight of the season was also the hardest-earned. On a highlight-reel touchdown reception against the Ravens, he suffered bruised ribs that limited him the rest of the year and even saw him inactive down the stretch.

He is now healthy and ready to attack this year, with a season of experience about how to prepare for a game, and how to get open against NFL starting defenses, already in tow. He knows what to expect, and so he knows what to do in order to produce better results.

Grimble has shown flashes in games, with his two touchdown receptions last season both coming on plays that exemplified his athletic potential. But in order for him to take on a bigger role, he is going to have to show his coaches that he can also play with down-to-down consistency that will earn their trust. That is the task that now lay in front of him entering OTAs this week.