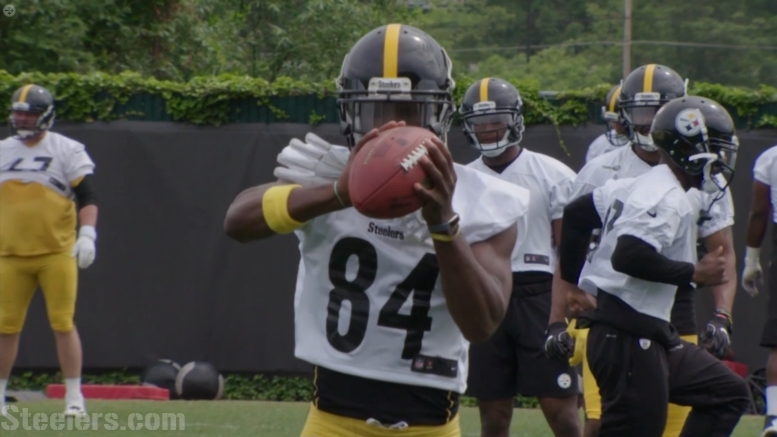 It would be safe to say that Antonio Brown has accomplished quite a bit over the course of his seven-year career to date with the Pittsburgh Steelers. Just last season, he became the fastest player to reach 600 career receptions. In his second season, he became the first player ever to record 1000 receiving yards and 1000 return yards in the same year.

To date, Brown has compiled a career stat line of 632 receptions for 8377 yards and 50 touchdowns. On per-season averages, that works out to roughly 90 receptions for 1200 yards and seven touchdowns, but the bulk of his damage has come over the last four years as he has continued to get better.

Over that span, Brown has averaged roughly 120 receptions for 1580 yards and 11 touchdowns per season. I don’t think I have to say it out loud how ridiculous those numbers are over even a two-year span, let alone twice that.

No matter how good his numbers are—or how big his contract is—however, Brown knows that there is still one very crucial element missing from his career, and it is something that he had a brush with very early on, no doubt well before he could fully appreciate what it would mean: as with nearly everybody on the current roster, he lacks a Super Bowl ring.

The Steelers may have gone to the Super Bowl three times in this century, but they have only reached their destination once in the seven years Brown has played, in 2010, his rookie season. At that time, he was very low on the depth chart and had few opportunities to contribute.

It’s been a while since they got even close. Between years two and five, the Steelers went one-and-done in the Wildcard round twice and also missed the playoffs entirely twice. Then in his sixth season, they finally won another playoff game, and it was due in part to a concussion that Brown suffered at the end of the game, forcing him to miss the following round, which the Steelers lost.

Finally, last year, the team not only had Brown healthy, but made a bit of a playoff run, winning their first two games and advancing to the AFC Championship game. They have been getting incrementally closer for the past few years, and are hoping that this is the year that they break through.

It’s necessary for Brown’s career resume in order to avoid the title of best Steelers receiver to never bring a title home, because the team already has a number of Hall of Famers and Super Bowl MVPs at the position who have helped win the Super Bowl.

But, of course, it’s not just for the legacy, but also for the moment. The Super Bowl is the ultimate goal every season. For seven years now, Brown, a perennial first-team All-Pro, has come short of his goal. And lest we forget, Maurkice Pouncey who was from the same class, is right in the same boat.