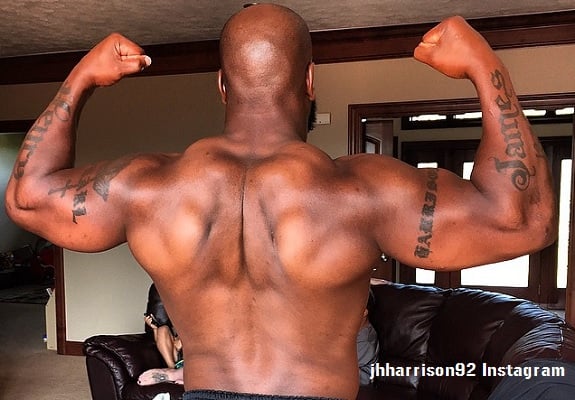 No matter how many times he talks about his workout regimen; no matter how many videos that he posts detailing the ins and outs of virtually every exercise he undertakes that speaks to the intensity of his process and the resulting physical bulk; one thing remains inevitable: James Harrison is going to be ‘randomly’ drug tested with great regularity.

But that doesn’t stop the Pittsburgh Steelers outside linebacker’s workout habits from attracting attention, which is seems to be doing increasingly lately. While he may have drawn headlines for landing back in Pittsburgh by way of Kansas City only to commence working out, or for repeatedly thwacking a large ball against the wall on either side of his body, his seemingly improbable motor for weight training only becomes more compelling as he gets older.

When Harrison takes the field this year, he will be doing so at the age of 39, the oldest, I believe, that a defensive player has ever played in team history. If somebody can find information that contradicts that, please let me know. According to the 40 and Over Club page of the Pro Football Hall of Fame’s website, only five defenders have played into their fifth decade of life, which Harrison can do in 2018.

When we talk about the former undrafted free agent and the insane work that he puts into maintaining his body, we do so with the understanding that it is made both all the more impressive and all the more necessary as he advances in years. In terms of football, he is well advanced in years, and should have assuredly already retired. Of course, he already did that once, but retirement lost.

So that’s why it’s no surprise that we see articles like this one from Dan Hanzus on NFL.com pop up, titled “Catching up with James Harrison’s Instagram, Vol. 1”, in which the End Around writer highlights some of his workouts, including a pelvic thrust that has my groin aching in sympathy pain.

And Hanzus wasn’t even the only one to write about it, as Jeremy Fowler, the Steelers writer for ESPN, covered it yesterday as well, in an article he titled “No Steelers dare try James Harrison’s insane 675-pound hip exercise”.

The idea behind the exercise is to increase your explosion and quickness from your midsection. “Shoot thru the tackle not to the tackle!”, Harrison wrote in his caption to the video.

There is no doubt that in the world of professional football, the Steelers outside linebacker is and has become something of a marvel. While the world has become nonplussed from all the videos of people jumping out of pools, Harrison manages to continue to find new ways to wonder just what the hell is wrong with him to put his body through all that.