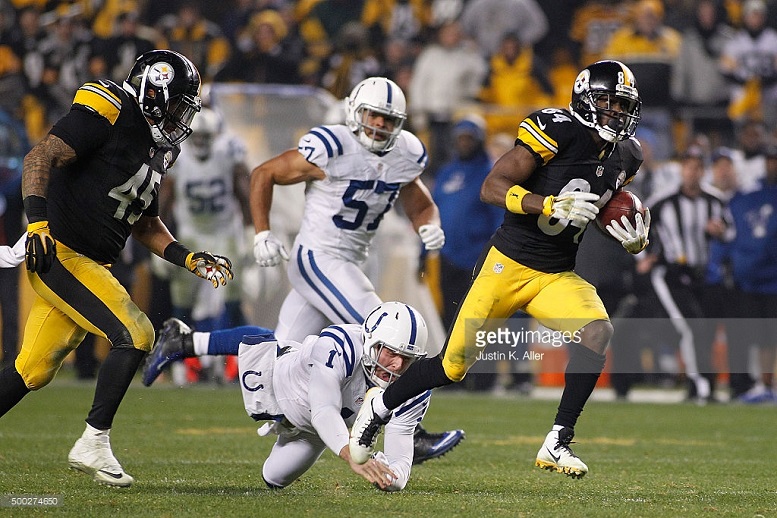 The NFL is doing some smart things today, including relaxing the restrictions on post-touchdown celebrations. USA Today’s Tom Pelissero tweeted out earlier today Roger Goodell is expected to announce the news later this afternoon.

But Pelissero points out something like Antonio Brown’s twerking is still illegal.

Brown was penalized twice last season for excessive celebration much to the chagrin of the coaching staff, or at least Danny Smith. Here’s what Smith said last season.

“A guy scores, that’s legal. You can celebrate. It’s the additions that come to it and it’s something where I have just a philosophy here in Pittsburgh that, we’re a pretty good football team. And if we don’t beat ourselves, we’re always going to have a chance. And that’s a situation where you beat yourself.”

Brown was also penalized and fined for his goal post leap against the Indianapolis Colts in 2015.

Any celebration penalty is a 15 yard infraction enforced on the kickoff. Brown told reporters last year he wasn’t worried about the penalties, instead focusing on anything that helps him win, missing the point that penalties decrease the chances of winning. Hopefully with the league’s lax rules, Brown can enjoy his end zone celebrations without hurting the team. And the Steelers will need him to make plenty of red zone trips for the offense to have a successful season.