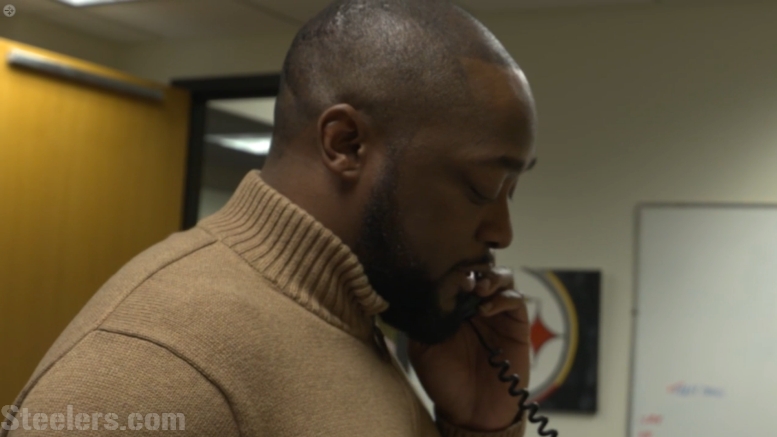 Aside from perhaps Myles Garrett going to the Cleveland Browns, I don’t think that you will find a player more widely mocked to one specific team than was Pittsburgh running back James Conner to the Pittsburgh Steelers, whose entry into the draft happened to coincide with the team’s search for a backup to Le’Veon Bell.

Now, there has been quite a dispute as to where he was drafted by the Steelers as opposed to where he was mocked. Even I had him mocked to Pittsburgh in the fifth round, joining all of my counterparts due to peer pressure here at Steelers Depot, though I noted in my mock that I had a feeling he would need to be taken earlier, and in one mock sim I did take him where they did, with the third-round compensatory pick.

Earlier in the process, one of the daily morning questions that I posed was whether or not there was a player of destiny this year for the Steelers as there seemed to be in previous seasons, and I posited Conner as that player, while many agreed. I also said that he sounded like a Steeler in his letter to NFL general managers that was published via The Players’ Tribune.

So it’s no surprise that this was also obvious on the outside. During the draft, NFL Network’s Daniel Jeremiah said that “James Conner to me out of anybody in this whole draft, that just looked like a Pittsburgh Steeler to me”.

This was during an interview with Head Coach Mike Tomlin, and the term that he gave to it was “football justice”, he said, “as a guy that was a regional guy from Erie, PA, played here locally at Pitt”, though he hastened to stomp out any notion of sentimentality, as running backs coach James Saxon also did.

“A lot’s been written and said about his fight with leukemia”, Tomlin said, “and appropriately so, but make no mistake about it, we’re excited about getting this football player, we didn’t make this selection for sentimental value”.

“We’re excited about the player that is James Conner and what he can do to help our football team”, he continued, citing “his run demeanor, his passion for the game, his versatility” as qualities that were “all were very attractive to us, and obviously we had a great seat in terms of watching him grow as a man and as a player being right next door”.

Conner is a Steeler and it seemed as though he was tailor made to become one. In the long run, it ultimately won’t matter in what order of the sequence of the draft he came to be a Steeler and we will be able to talk about just the player. Hopefully that is part of the ‘football justice’ to be served as well.