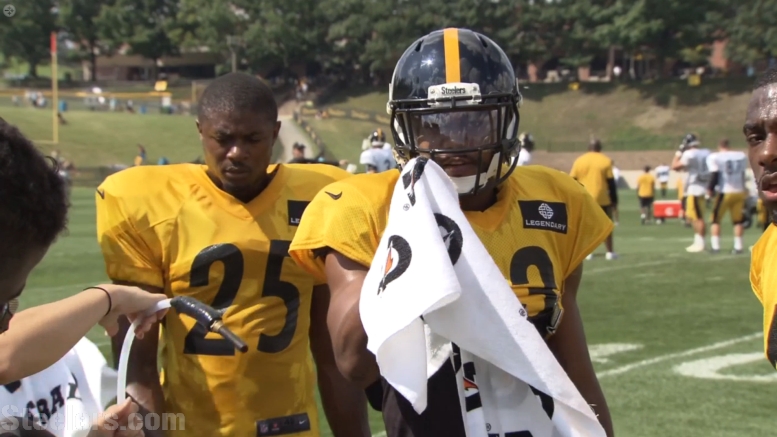 Not every player enjoys the offseason process. Not every player relishes the opportunity to build with his team and take it a step further with each phase of the offseason. Pittsburgh Steelers safety Mike Mitchell is not every player, and he understands better than most the value that this time of year holds not just for individuals, but for the team as a whole.

“That is why we are here, for the team bonding, to get to know each other”, he said. Mitchell, of course, is a player who is familiar with what it is like to step into a new locker room, as he has been with three different teams over the course of his career, even as he enters his fourth season with the Steelers.

“We have a lot of new faces”, the veteran safety told Teresa Varley recently. “We have a new team this year. We had some success, but everyone knows we were one game short”, he said. And the journey toward making this team better than last year’s team and taking it through to that next game is one that has already begun, and which kicks up a notch today.

As does the competitiveness. “We have been trying to make it competitive doing conditioning drills”, Mitchell said. “But when we start OTAs, that is when it really becomes more competitive and it’s fun. We are all looking forward to it”.

The former second-round pick is not one to miss many practice sessions. He missed very little time even during his first season with the team considering the fact that he suffered a torn groin, which, if I recall correctly, force him to begin training camp on the Physically Unable to Perform List. He not only plays, but practices, through injuries, because he values the importance of this time of year, as well as the experience itself.

“To get the group together and get to work on winning a championship is important. I remind the rookies every day why we are here, it’s to win a Super Bowl”, he said. “I remind them of that every day, this is Pittsburgh and we are fortunate enough that we have the pressure of having the most Super Bowls. That’s a legacy we have to live up to”.

Few teams over the course of decades have remained as consistently competitive as have the Steelers, but many are wondering these days if their most recent window of competitiveness is drawing to a close with the looming specter of the retirement of their franchise quarterback. So perhaps that adds to the drive to win now, beyond the mere fact that they are in striking distance.

“We were a game short last year”, he reminded, referring to their loss in the AFC Championship game. “We have to win it this year”.