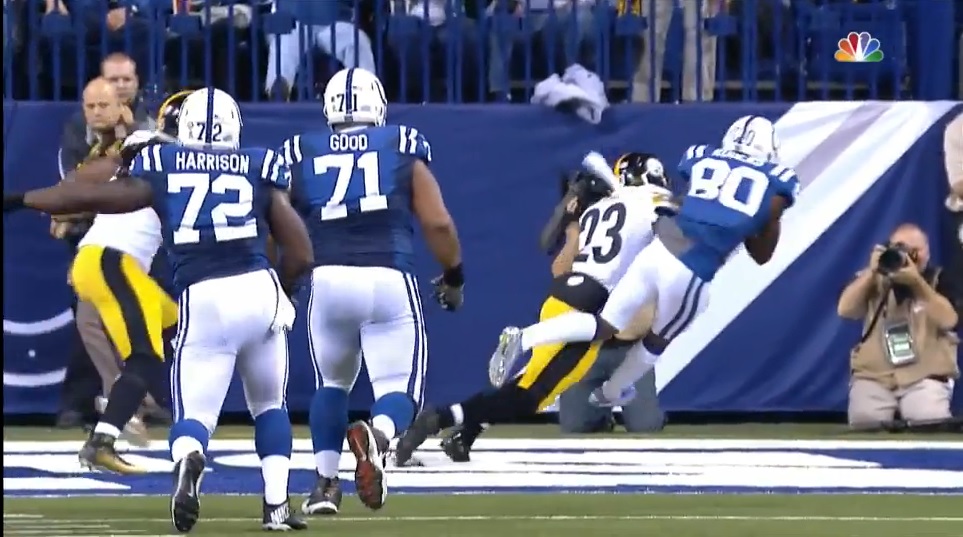 File this under “things that make you go hmmm.” One day after Mike Mitchell mentioned he gained 10 pounds of muscle by taking on James Harrison’s workout regime, the NFL is subjecting him to a “random” drug test.

Talked about training with @jharrison9292 this offseason and guess what. A “random” steroid drug test the next morning! ??? @NFL amazes me

“I spent three months with Deebo [Harrison] and [I’m] about 10 pounds bigger,” Mitchell said during a Wednesday post-practice interview on Steelers Nation Radio. “I still feel like I can run a little bit and so it was productive for me for sure.”

Harrison was frequently tested last year and one of its most outspoken critics. I imagine it’ll be the same story this year as the league still isn’t convinced that Harrison truly has one of the best weight room work ethics of anyone in football.

Of course, this is all relatively meaningless. It just reinforces the league’s skittish nature of anything Harrison related. And perhaps their way of getting back at a player who is no fan of Roger Goodell.

You wouldn’t expect the league to conduct such pettiness but well, here we are.