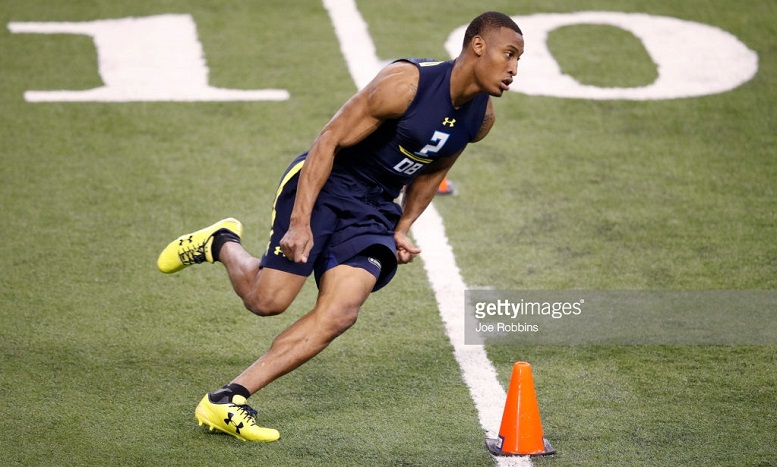 The 2017 NFL Draft is already in the books, but we are still digesting the moves that were made around the league by 32 teams. Of course, for many, if not most, we haven’t even seen these players in helmets yet, so it’s not as though the evaluation of the draft has concluded by any means…really, it’s just starting.

The league’s website has recently been working on its own takes, tasking Lance Zierlein to examine the draft of each team and judge for each which pick was the best and the most questionable. Zierlein, you may recall, who is an accomplished scout, is the son of former Steelers offensive line coach Larry Zierlein, who was made the scapegoat firing several years back in the early phase of their offensive line revamping process.

The AFC North was on deck yesterday, and he had some interesting choices for the Pittsburgh Steelers. He believes the Steelers’ best selection was second-round pick JuJu Smith-Schuster, the 20-year-old wide receiver out of USC, the sixth player taken at his position in the draft at 62 overall. The most questionable selection for Zierlein was fifth-round cornerback Brian Allen, a converted wide receiver.

“We all know Antonio Brown is the man in Pittsburgh, but the Steelers’ offense is in desperate need of another reliable target with size and they added one in Smith-Schuster. He isn’t going to get wide open out of his routes, but he’s good with contested catches, he can work over the middle and he’s a willing blocker.”

I think the key word in the above is reliable. Sure, Pittsburgh may have some receivers who are quite talented, on paper, but I wouldn’t describe any of them as reliable. That is a trait that the Steelers are hoping they will find in the young man they added to the room this year.

As for Allen, Zierlein had his questions. “For all of Allen’s length and speed, he could struggle in the NFL because he’s simply not aggressive enough in run support”, he wrote. “If he doesn’t improve in that area, he will have a hard time sticking with the Steelers for very long”.

Allen would probably come in third in the minds of most fans when it comes to questionable picks, however, behind sixth-round long snapper Colin Holba and fourth-round quarterback Joshua Dobbs. Still, Allen unquestionably has a hill to climb to make this roster, and that includes dramatically improving his tackling.

In case you were wondering, the best picks for Zierlein for the Ravens, Bengals, and Browns, respectively, were second-round outside linebacker Tyus Bowser, second-round running back Joe Mixon, and first-round tight end David Njoku, while their most questionable picks were first-round cornerback Marlon Humphery, first-round wide receiver John Ross, and sixth-round defensive tackle Caleb Brantley.