Some minor Friday housekeeping for you. But we’re getting a look at the Pittsburgh Steelers for the first time since January so it’s always fun to check back in.

We’ve already told you about Ladarius Green’s return to workouts. Green, by the way, was photographed again, going through a more intensive drill than lifting his legs over some hurdles.

The Steelers.com photographers also grabbed a snapshot of Jerald Hawkins working out with the rest of the offensive line, the first we’ve seen of him since landing on injured reserve during training camp. After an impressive start to his career, Hawkins landed on IR with a shoulder injury in late August.

Here’s the shot courtesy of the team website. Hawkins to the left of your screen in the yellow hoodie. 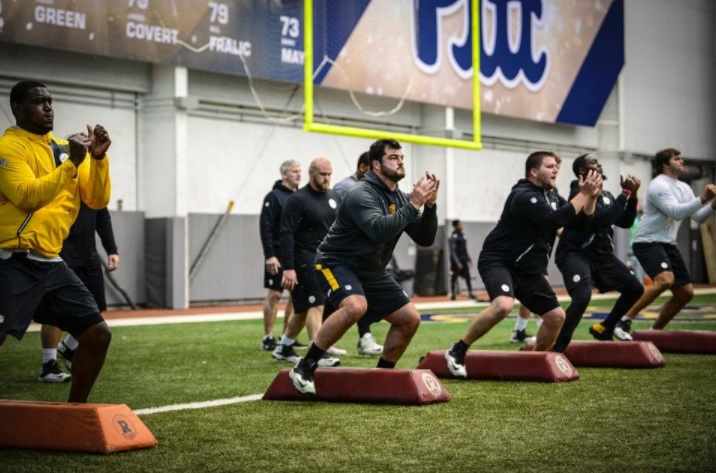 You can also see Alejandro Villanueva, Chris Hubbard, B.J. Finney, and David DeCastro in the photo.

But Hawkins is the main focus here. He was sort of an unknown when drafted out of LSU because he went through an injury plagued final season with the Tigers. And though it was just training camp, he looked impressive, and gave the team enough confidence to avoid drafting an offensive linemen despite Ryan Harris’ retirement. He and Hubbard will be the top backups at offensive tackle and if Hawkins plays well enough, maybe become the swing guy with Hubbard at guard/center.

The only negative here: the team site labeled him as “Gerald Hawkins.” After camp, I think everyone will know his name.