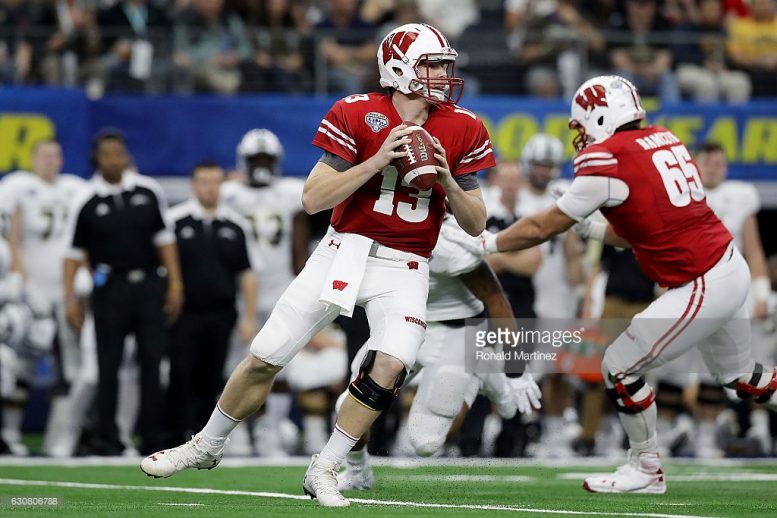 It certainly sounds like the Pittsburgh Steelers have a new quarterback on their roster as of Tuesday as former Wisconsin quarterback Bart Houston has announced on Twitter that he is now a member of the team.

Houston completed 96 of 141 pass attempts for 1,245 yards and five touchdowns last season at Wisconsin. He was reportedly benched at one point during the 2016 season. He was 4-1 as a starter in 2016 and completed 77.4% of his passes for 558 yards, one touchdown and no interceptions over the course of the last four games of season.

The Steelers had signed former Clemson quarterback Nick Schuessler as an undrafred free agent a few weeks ago in addition to drafting former Tennessee quarterback Joshua Dobbs in the fourth-round. If Houston was indeed signed, perhaps Schuessler was waived.