A couple of days back Alex Kozora posted an enlightening article that did some digging into the Pittsburgh Steelers’ scouting department and looked at their level of experience as well as tenure with the organization. In light of a number of teams recently parting ways with some or even all of their scouting department, it seemed a good time to discuss the topic, also working out of the shadow of the draft.

I thought I would expand upon that theme and actually take a look at some of those members of the front office and where they came from, because, really, it is in a way a literal extension of the principles that have driven the Steelers’ organization since its inception; that is, it’s a family affair.

One might even say nepotism. But the Steelers actually have gotten quality results while relying upon the services of a good number of scouts and related personnel that have at least in part grown up directly or indirectly within the organization, which I suppose helps lend them an understanding of what the team looks for.

Just look at some of the last names from the list that Kozora posted in his article: Rooney; Colbert; Butler. You’re not imagining things. These guys are literal Steelers family. And that’s not all. They even have former players in the scouting staff, namely Chidi Iwuoma and Mark Bruener. 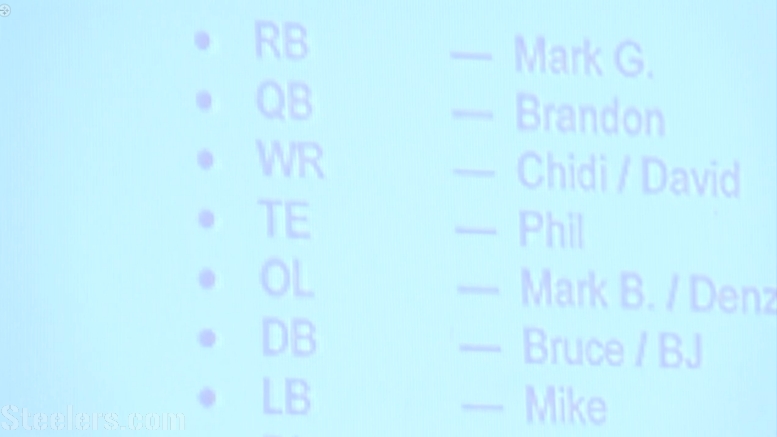 Let’s start from the back and work our way up though. The Butler on hand is Mike Butler, and no, he’s not the son of defensive coordinator Keith Butler, but rather of Steelers Hall of Fame cornerback and scouting pioneer Jack Butler, who was largely responsible for the creation and running of the BLESTO scouting organization for many long years. His son has functioned as an area scout since 2013 after working as an intern.

Moving back a step further, we hit on the name of Colbert, and not by coincidence, as this Colbert is the son of General Manager Kevin Colbert, who like Butler served as an intern before being promoted to an area scout, entering his seventh year in that role. Dan Colbert, because, of course, what other first name could he have?

But there’s also Dan Rooney, Jr., who is the brother of owner Art Rooney II and the son of the late Dan Rooney. Dan Rooney, Jr. has served as a personnel coordinator for quite a long time. And he’s actually really not the only Dan Rooney still traveling around talking to draftees.

I was listening to an appearance by Art Rooney II on Steelers Nation Radio on Friday. At one point during the interview he happened to mention that his son—referring to Daniel Martin Rooney, or Danny Rooney—was out west earlier this year at the Pro Day of JuJu Smith-Schuster.

Danny Rooney was promoted to the role of coaching assistant as of last season, but prior to that he did work in the scouting department for a couple of years. Of course, coaches retain scouting obligations during the offseason.