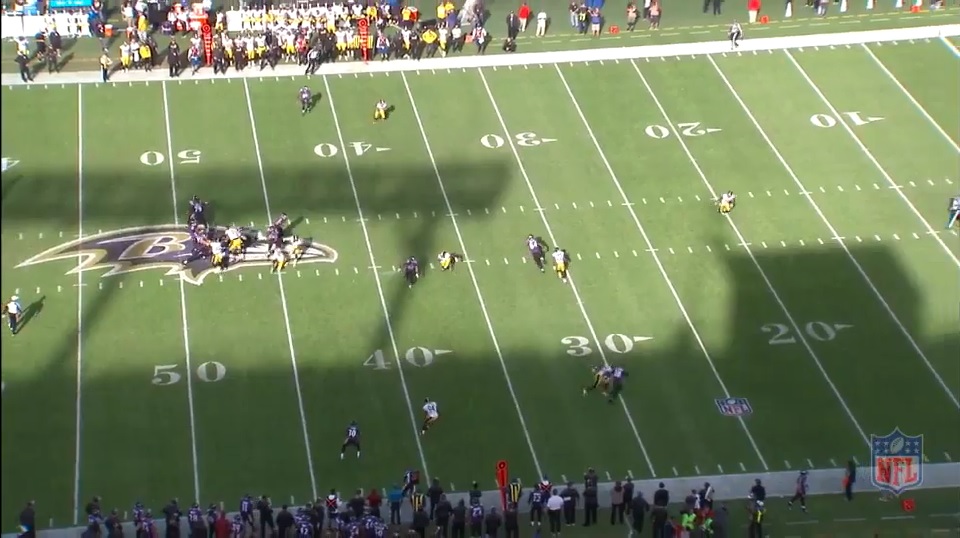 It’s no secret the Pittsburgh Steelers are going to use more man coverage this season. Mike Tomlin said they need to be able to play more man, they drafted a pair of corners with that in mind, and Carnell Lake literally said as much during the draft.

Last year under Keith Butler, the team began the transition to move away from Dick LeBeau concepts, a topic we’ve discussed several times. 2016 had a blend of the old and the new. LeBeau and Butler’s Cover 3 with Tomlin’s Cover 2 background. The Steelers wound up running Cover 2 more than any other team in the league. Probably for the first time sine Bud Carson’s gang in the 70s.

Coverages w/ the NFL teams that employed them most often:

Mitchell said #Steelers running more Cover-2 now than they did with LeBeau. Tomlin has implemented that change

Expect another transition this fall as the team adds in more man concepts. It likely won’t be anything radical but what they’ve done in the past more often. We’re going to talk about three of them, borrowing their names and concepts from LeBeau’s playbook: 55, Bark, and Stack 1 Y.

This is simply 2 Man. A two deep shell with man coverage underneath. I don’t have any specific data to back it up but it felt like the team ran it more in 2015 than last season, though they ran a lot more strict Cover 2 a year ago. Often came in third and long or obvious passing situations. Safeties have deep responsibility while the corners play a trail technique underneath, playing to the inside hip of the receiver in order to rob any in-breaking routes. 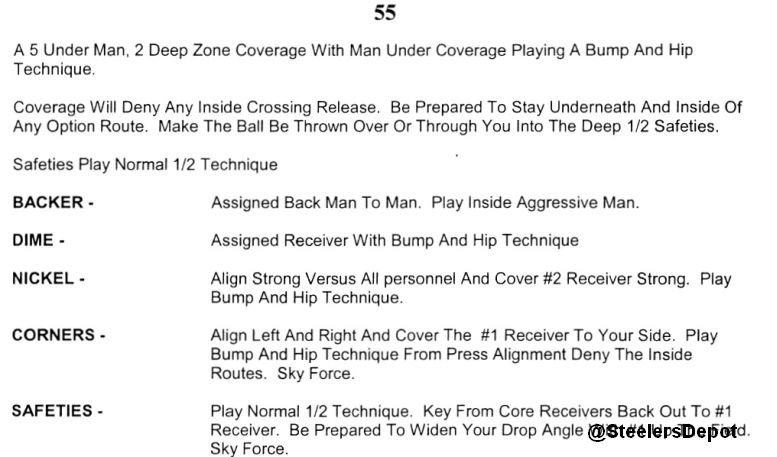 Here’s an example of it from last season.

With the secondary responsible for concepts instead of the entire route tree, corners aren’t as worried about the vertical threat, safeties don’t have to deal with crossers or digs, it can make any throw extremely difficult. As always with man coverage, it comes down to the personnel, but every throw in 2 Man/55 should be contested. No easy five yard curls like Cover 3.

This was one of LeBeau’s checks to empty. And a change the Steelers really need to make. Against the New England Patriots last year, they went into straight zone coverage, spot dropping and getting picked apart. Bark is simply a true Cover 1, as shown here.

And an example of it against the Baltimore Ravens.

Contrast that with the team spot dropping vs empty against the Pats in the Title game last year. Easy throw on the crosser and several missed tackles leads to a 41 yard pickup.

Another Cover 1 variant to get the SS over the Y tight end. What the Steelers could do when they don’t go with their dime package. And considering they didn’t draft a safety and Robert Golden might have to be that guy again – with poor results last year – they could wind up staying in nickel most games.

And an example of that against the Buffalo Bills last season. Sean Davis rolls up and presses tight end Charles Clay lined up to the bottom of your screen.

In this case, Ryan Shzier served as the lurk/spy on Tyrod Taylor in order to dissuade him from leaving the pocket. That’s one downside to playing man coverage: no eyes on the football. So when a quarterback takes off, the defense is late to react. Shazier’s spy solves that.

You’ll still see Cover 3 of course but the Steelers’ transition in the secondary will continue. The emphasis on Cover 2 will remain with these man concepts – and others – can be expected to see a heavy increase as well.