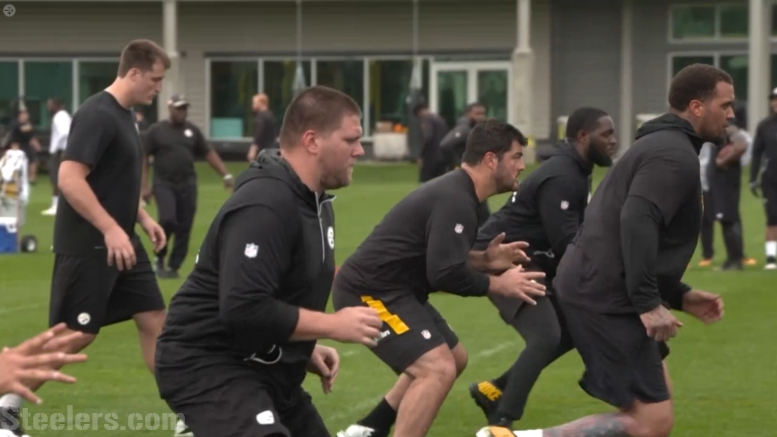 Topic: Will the Steelers’ offensive line be able to pick up where they left off last season in their quest to be the best group in the NFL?

The Steelers’ offensive line may not have gotten off to the greatest of starts during the 2016 season, but by the end of the year, they were being talked about in discussions as the best line in football. That wasn’t just a matter of better recognition, either, as they legitimately improved significantly as the year developed.

That was no more true, naturally, than for left tackle Alejandro Villanueva, who had less than a season of starting experience heading into last season. He was quite shaky to start the year, but flashed top-tackle potential by the time they exited the playoffs.

Now the question is whether or not they can sustain the momentum that they left off on and continue to improve. Even late in the year there were some periods of inconsistency. They didn’t run as well as they would have liked to against the Patriots, for example, even factoring in Le’Veon Bell’s injury.

There is no reason why is can’t happen, of course. After all, each of them have shown what they are capable of doing. A pair of them have already been named first-team All-Pros at their position in the past.

But it might be a tough sell for a group that has such a history of injuries, Villanueva arguably being the healthiest of the bunch. Injuries have annually been a factor, even last year, and that has to be considered.

So, too, does Ramon Foster’s age. And a potential regression to the mean for Villanueva. David DeCastro did not have his best season last year, and particularly seemed to regress a bit in pass protection. It is by no means a foregone conclusion that they will be as good a line as they were late last season, even if it is realistically attainable.