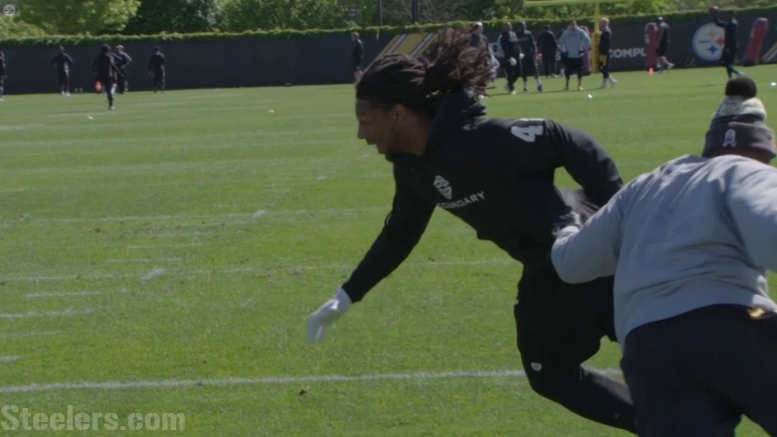 Topic: Will Bud Dupree take that next step this year and show the obvious beginnings of becoming a franchise edge rusher?

I don’t think that there is a more significant question facing the Steelers defense for the 2017 season than whether or not the team is going to see third-year outside linebacker Bud Dupree develop into the sort of dynamic, impactful pass-rusher that they have not had in about half a decade now—at least not one who isn’t on a pitch count.

What we do know is that he was not that so far in his first two seasons, even if he did manage to post almost 10 sacks in that time in 22 games. The reality is that a lot of his sacks were the product of hustling toward an extended play, and that he had very little pass-rush productivity outside of those sacks.

But he was improving, and he has spent a portion of this offseason working with an acclaimed pass-rushing trainer. And, of course, he is healthy. So will that be enough for him to take the next step (or two) in 2017, becoming what they need him to be?

The answer to the question hinges on what would qualify in the eye of the beholder as obvious signs of becoming a franchise edge rusher. Clearly, he needs to generate pressure on a more frequent basis, but I also think he has to generate a greater number of quality sacks in 2.5 seconds. To date, he hasn’t shown the ability to do that much.

But he could. He came into the league as an unpolished player and was thrown to the wolves when most other rookie pass-rushers in this defense were able to sit. And last year he was never fully healthy. So there is valid reason to believe that he has another gear or two that he hasn’t shown yet.

It’s not just about being healthy, though. It’s also about knowing how to be a pass-rusher. That’s knowing how to use your hands, knowing how to set up moves, and actually having an arsenal of moves. It’s having an effective bull-rush and the ability to convert speed into power. He hasn’t shown enough of this yet.