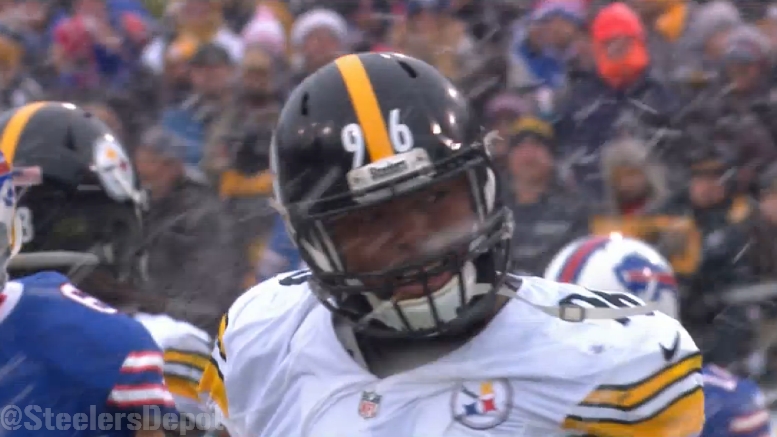 Topic: Will third-year defensive end L.T. Walton be able to fight his way into the rotation along the defensive line after showing progress last year?

I have a strong compulsion to begin a lot of articles by writing some derivation of the opening, “one of the most interesting things…”. I have come to realize this, and I also realize that it is the byproduct of the fact that there are simply so many things about the nuances of the team that actually interest me.

One of the areas of the roster that I am looking forward to this year, however, is the pecking order along the defensive line, and who will be given the opportunity to contribute, or, more specifically, if L.T. Walton is going to have a role.

A lot of this question would seem to hinge on whether or not the team can swing dressing six defensive linemen, which is something that they rarely do, but have done in the past. The free-agent signing of Tyson Alualu strongly suggests that he will be the fourth player. But might they value Alualu as an interior player that would allow them to sit Daniel McCullers?

And if so, would they choose to sit McCullers over Walton? Are they higher on the latter than on the former? By the end of last season, Walton was essentially functioning as a starter, in the AFC Championship game, and quite frankly, he held his own.

But that was when they were down Cameron Heyward and the man Alualu is a clear upgrade over, Ricardo Mathews, both of whom were injured. The secondary question is a simple one: can Walton develop enough as a pass-rusher to justify dressing only one true nose tackle?

I’m personally hoping that this is more of a legitimate question than it may seem on the surface. I haven’t quite done the math out in my head as to how it would break down in order to dress six linemen just year…after all, it is May.