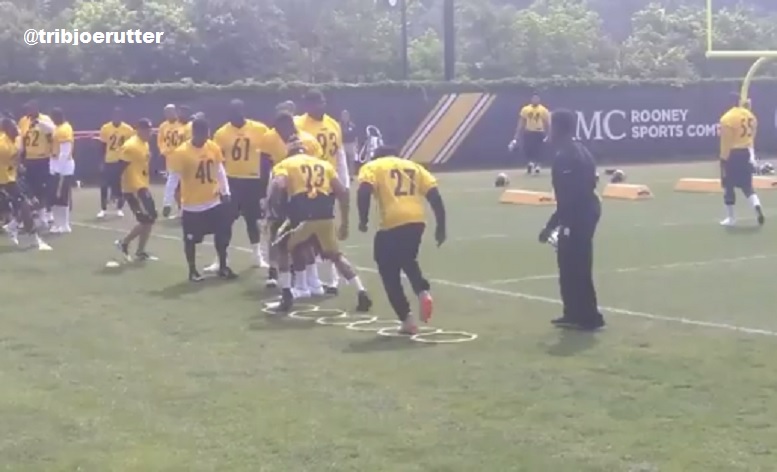 I asked the other day what people thought would be the biggest question that they had for the Pittsburgh Steelers as they headed into OTAs on Monday. A number of people commented on simply wanting to see Senquez Golson on the field, and some even asked for updates about Golson on unrelated articles. So here is the Senquez Golson article.

While it did not appear on the team’s website, at least as of the time of this writing, the former 2015 second-round draft pick was made available to the media yesterday, where we got a chance more or less for the first time to hear from the cornerback since he was put on injured reserve about what has gone on since then.

The Steelers drafted the Ole Miss defensive back because they saw him as a talented zone corner with ball skills, and it wasn’t long before they were working him high in the order in the slot. He was running with the first-team defense in the slot last year when he suffered a Lisfranc injury early in training camp.

He says now that he is “100 percent and ready to go”, but that it wasn’t so long ago that that wasn’t the case. The real difference started when he had a couple of screws taken out a few months ago, and he immediately began to feel better.

He was running as the second-team nickel cornerback yesterday and so far in OTAs, which is not surprising, considering that they did not lose any of their starters from a year ago, but it’s neither good nor bad where he currently stands in the pecking order.

He can put pressure on 32-year-old veteran William Gay for the starting job, or he could lose ground to third-round rookie cornerback Cameron Sutton, who was running with the third-team unit, though I’m not sure if it was necessarily in the slot.

Golson knows the game though. “This is my third first year”, he joked, though there is a lot of truth to that. He is technically a third-year player because of his stints on injured reserve, but he has never been active for even a preseason game.

“I kind of turned the frustration into a positive”, he told Chris Adamski about his injury adversity over the past two years. “’What can I do to get better’”, he would ask himself, while he was out. “Just trying to control the things I can control”.

He told the Pittsburgh Tribune-Review writer that he put on 12 pounds of muscle and is approaching 190 pounds now, which is a fair size for a 5’9” cornerback. He assured those in earshot that he’s “still the same guy [the Steelers] drafted” two years ago.

One of the interesting wrinkles in this discussion, though, will be how well he can do in man coverage, and according to Jim Wexell over at Steel City Insider, he affirmed that there will be more emphasis on that this year, saying “that’s the plan” for him to play inside, but “it won’t make a difference” because he can play inside or outside.