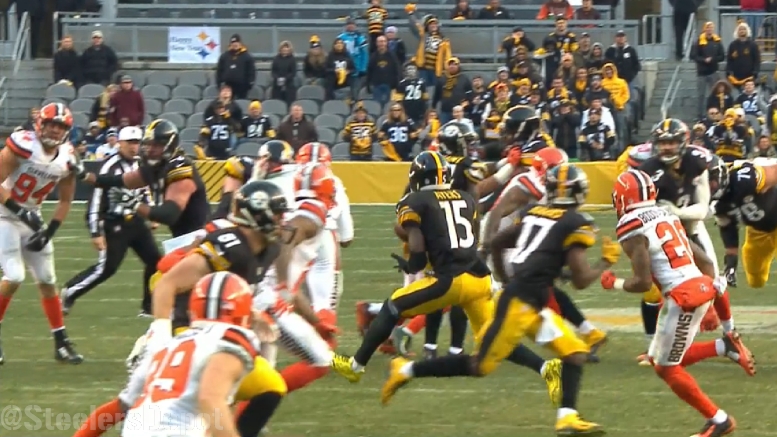 For majority of their recent years, the Cleveland Browns have been primarily a base 3-4 defense, but in an era in which such distinctions are increasingly meaningless, new defensive coordinator Gregg Williams is following a trend of late to make their defensive front personnel more versatile, something that the Seahawks helped popularize.

According to reports, the Browns have thus far been showing quite a bit of looks out of a 4-3 front in the early stages of the offseason. While the team has drafted personnel to fit the 3-4 scheme, such as nose tackle Danny Shelton, they believe that he is capable enough of contributing in a 4-3 look as well.

It will be interesting to see just how much this actually comes to fruition once the regular season gets here. It is common practice for teams, especially after changes have been made, to experiment with things and then turn away from them once the games start mattering.

Will they remain a primarily 3-4 defense? Will they actually convert to a base 4-3 team? Will they be frequently diverse between the two fronts? It is a fairly significant distinction, especially because of how much of football today is played in nickel and dime packages and what that means about how that affects either front.

A 4-3 nickel front includes four down linemen with a linebacker being taken off the field. In a 3-4 nickel, the four linebackers remain, with the outsides frequently being used as substitute defensive ends, while only two down linemen remain on the field.

For a team to work back and forth between the two, they need to have versatile personnel that can effectively run in multiple roles. And the Browns do have some of them, such as Nate Orchard, Emmanuel Ogbah, and Desmond Bryant, the latter of whom missed all of last season.

They also believe that Xavier Cooper and Carl Nassib, a pair of young 3-4 defensive ends, can play along the interior in a 4-3 front. A player like rookie Caleb Brantley, who has now been cleared of his legal troubles, could also emerge as a significant factor in a diverse scheme that the Browns seem to be hinting toward.

Oh, and of course there’s Myles Garrett, the 6’4”, 272-pound first-overall draft pick in the 2017 NFL Draft. Suddenly it seems as though the Browns are so stacked with talent and potential within their defensive front that they are looking to turn to a variety of schemes to help incorporate them all.

I don’t know about you, but I’m quite curious to see how this all plays out for the Steelers’ little brothers this year. They gave up a fight in a game we weren’t really even trying to win last year, but they’re a couple inches taller and about 10 pounds heavier now. They’ve been training to beat us, and they’re tired of losing.