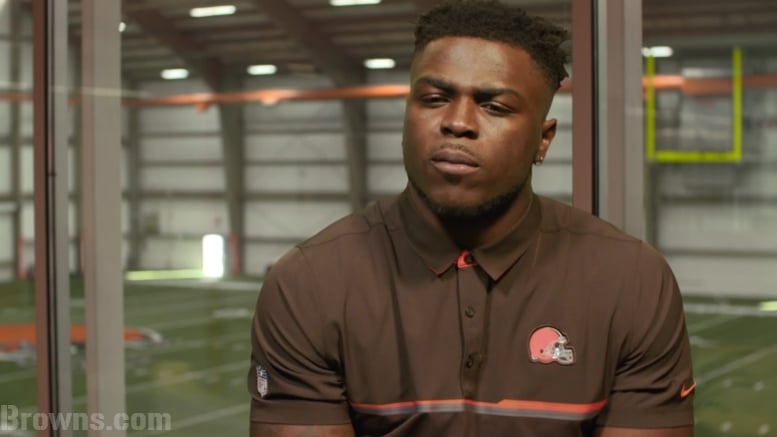 According to Gerry Dulac of the Pittsburgh Post-Gazette, the Pittsburgh Steelers were targeting either safety Jabrill Peppers or cornerback Tre’Davious White with their first-round draft pick. Both of them went off the board within the five selections ahead of them at 30—the curse of doing well the previous season.

Not only did the Steelers fail to land the versatile Peppers, the team that did get him will be making sure all three phases of Pittsburgh’s roster will be subjected to what they missed out on by not being more aggressive in attempting to acquire a player that they were [allegedly] after.

The rival Cleveland Browns took the Michigan do-everything player with the 25th pick in the draft, and Head Coach Hue Jackson has already expressed his intention to use him all over the field, with his primary position being strong safety, but he will also be used as a returner and on the offensive side of the ball.

“He’s a football player, a very dynamic player”, the second-year leader of the Browns told reporters recently. “Obviously, he’s going to play defense for us, but we’ll find a role for him over there on offense. No question”.

I don’t know that it’s too often a coach is willing to commit to a player fielding an expansive number of roles really before he even gets a chance to see him on the field, although I suppose even the Steelers did that somewhat when they drafted Dri Archer. If only Peppers would have for the Browns the same level of success Archer had in Pittsburgh.

Peppers is likely to be installed immediately into the lineup and featured by new defensive coordinator Gregg Williams. “We were really excited just to get a player that fits our scheme and the experience that Gregg has had finding players like Jabrill and making them successful”, vice president of football operations Sashi Brown said.

While the Browns were vocal about their long-term intentions of using Peppers in a diversity of roles, however, they did smartly pump the brakes about immediately contributions. “We’re going to make sure he can hit the ground running [at safety], but there’s no question we will give him a chance over there on offense, too”, Brown said.

Over the course of the past two seasons, Peppers rushed for 239 yards on 45 carries with five rushing touchdowns. He also caught 10 passes for 82 yards. He excelled as returner, averaging nearly 27 yards on 18 kick returns and over 13 yards on 39 punt returns, with one touchdown.

I have to say that I can’t blame the Browns for their excitement over and ambition for Peppers in the future. After all, a team such as theirs could certainly use a player who can benefit them in a number of ways. I don’t know that a team like Pittsburgh would be as courageous—although there was that one play that James Harrison ran a route in the red zone two years ago…