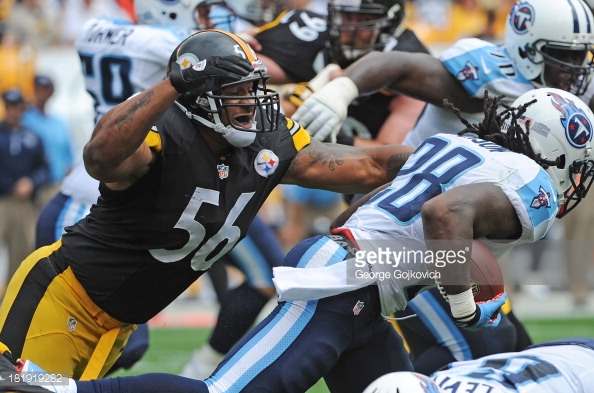 As we inch ever closer to June, we are nearing a point in the football calendar in which there is little for the average football team to do much to bolster their roster. The NFL Draft has already long been over, and the vast majority of the remaining available free agents are largely just scraps.

But if there is one thing that former Football Outsiders and Grantland, and current ESPN writer Bill Barnwell would like to see the Pittsburgh Steelers do between now and the start of the regular season, it would be to add another running back to the mix with a more impressive resume as a receiver for depth.

The premise, of course, is that the Steelers would be missing that skill should Le’Veon Bell go down, and the reality is that he has quite a history of that. He has yet to both start and finish a season through his first four years in the NFL.

Pittsburgh had a fair option as a receiving back over the course of the past two years in DeAngelo Williams, interestingly enough, even though he was never exactly known for that. He had arguably his best season as a pass-catcher in 2015 when he was called upon to start 10 games, posting career-highs with 40 receptions and 367 receiving yards. Last season, he caught two touchdown passes, the most he ever had in any prior season.

Barnwell points out that James Conner, the team’s third-round draft pick at the running back position, “gets mixed reviews for his receiving ability”, and adds that “the Steelers might want to have someone around if he struggles in camp”. Conner is actually currently sidelined with a hamstring issue.

“Pittsburgh let DeAngelo Williams leave in free agency”, he writes, “and Williams might still be a logical fit to return, given that he’s still available”. Barnwell also mentions former Titans, Jets, and Cardinals running back Chris Johnson, “who rebuilt his career in Arizona”, and who “also could be an option for close to the minimum”.

The Steelers already added one running back in free agency in Knile Davis, although he does not have impressive numbers either as a runner or a pass-catcher. But this far into the process, it would be hard to imagine that the team is still looking to add any prominent running backs into the mix, short of a wink-and-nod agreement with Williams to sign him in training camp, which I don’t believe is the case.

As for Johnson, he was limited to just four games last year with a groin injury that landed him on injured reserve in October. He recorded 98 rushing yards on 25 attempts without catching a pass, but the year before, in 11 games, he ran for 814 yards with 151 yards as a receiver.

For his career, over the course of nine years, Johnson has caught 302 passes for 2212 yards and nine touchdowns. In four seasons, Bell has 227 receptions for 2005 yards and five touchdowns.