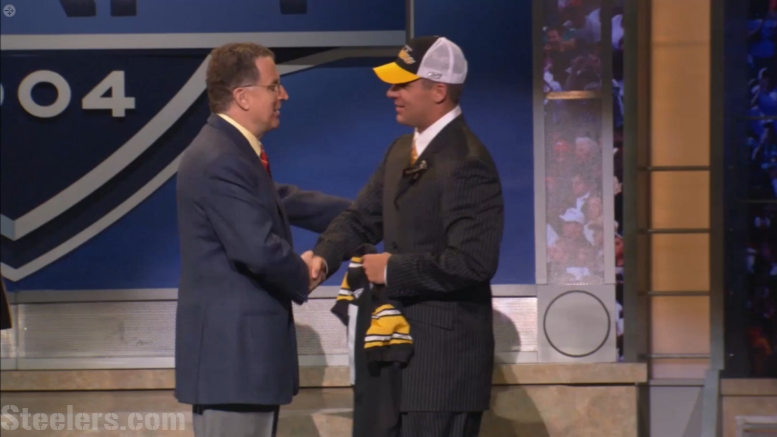 This wouldn’t have suddenly become a discussion were it not for yet another beloved piece of data provided to the public by Pro Football Focus, but once again we are revisiting the discussion over the 2004 Draft class, specifically the quarterbacks. This is a topic that is awfully relevant to the Pittsburgh Steelers, given that they were involved in that quarterback draft.

Widely regarded as one of the greatest quarterback classes in history, the trio of Eli Manning, Philip Rivers, and Ben Roethlisberger all went within the top 11 picks, with Roethlisberger sliding to that 11th spot to the Steelers. He likely would have slid further had Dan Rooney not intervened, but certainly nobody is second-guessing the pick today.

Anyway, to make a long story short, according to the site’s grades—which I should point out do not include the 2004 and 2005 seasons, as they began tracking data in 2006—Rivers is ever-so-slightly ahead of Roethlisberger when it comes to their career grade, with Rivers at 84.9 and Roethlisberger at 84.2.

This had some eyebrows raising, including Jeremy Fowler at ESPN, who subsequently took it upon himself to execute “an informal sampling of five evaluators—coaches, scouts, and a former NFL exec”, all of whom favored the Steelers’ quarterback over the player in Los Angeles.

The ESPN reporter also recalled something that a fellow analyst with the network told him about Roethlisberger a couple of years ago, saying that he puts him in the same class as Tom Brady and Aaron Rodgers. “Teams are scared to death of him like they are Tom and Aaron. I would say there is no gap and you would put him right there”.

The two have put up some similar numbers outside of their winning percentage. They are both within 100 of 6000 career passing attempts, and both right around 3800 completions. Rivers’ completion percentage—both around 64—is slightly higher.

While both have eclipsed 45,000 passing yards, Roethlisberger has an advantage in the ballpark of 1000, but Rivers’ 314 touchdowns is better than Roethlisberger’s 301, while the latter has four more interceptions—and this is after Rivers through a career-high 21 last season.

Here is where they separate themselves: Rivers has 22 fourth-quarter comebacks, and 26 game-winning drives. Roethlisberger has 29 fourth-quarter comebacks, and 39 game-winning drives. He has two Super Bowl rings and another trip to the big game. And he has more frequently been the difference in salvaging a victory out of what otherwise would have been a defeat.