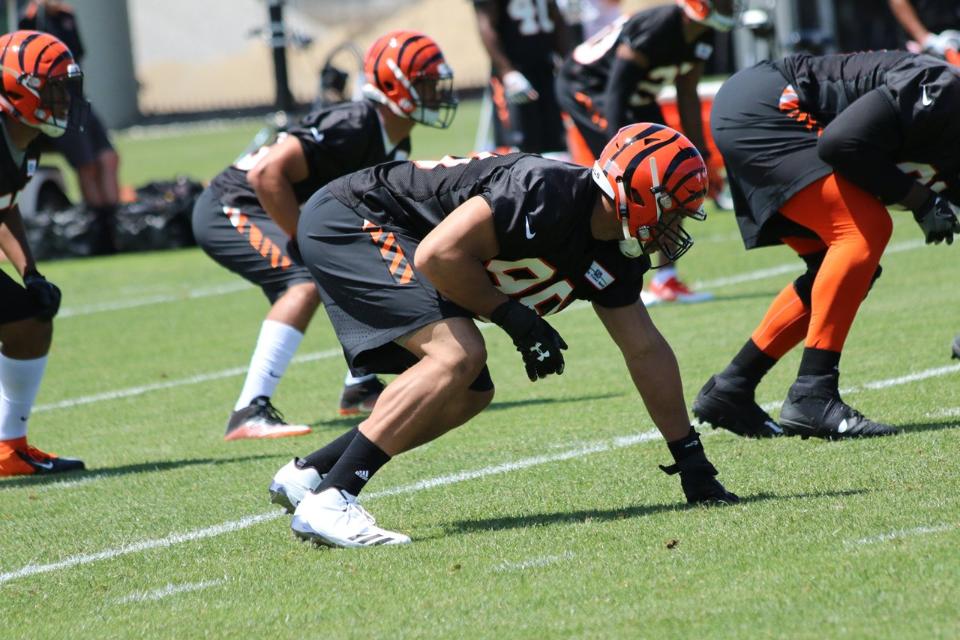 One of the annual pastimes of Pittsburgh Steelers fans—and no doubt the fan bases of every team—is tracking the players that they wanted their team to draft who ended up being selected by their rivals. This year, the Cincinnati Bengals got a couple of players that Steelers fans were interested in, namely Jordan Willis, whom they took in the third round, and Carl Lawson, whom they were able to grab in the fourth.

There was some surprise that those two players were available at the spots that the Bengals were able to grab them, and perhaps nobody was more surprised than Cincinnati, who, according to an article on the team’s website, attempted to trade up a round, or earlier in the round that they were selected, for both players.

The article reads that the Bengals “talked about [Willis] as early as the second round and after they took running back Joe Mixon with that pick they tried to trade back up in the third round to grab Willis and couldn’t and mopped their brow with relief when he was still there”.

It went on to read that “the same thing happened in the next round when they wanted to go up and get Auburn pass rusher Carl Lawson, their top-rated player of the final day of the draft. But they mopped their brow again when they couldn’t find a trade partner and still got him”.

It is, of course, often the case that the ambitions to trade prove to be unnecessary, as the player that a team is after ends up being available to them anyway. That is simply the unpredictable nature of a draft that involves 32 different decision-making groups.

Now, it goes without saying that getting the player you want is one thing, and that player being who you thought he was is another. But so far, the Bengals seem to be rather pleased with what they have seen from their pair of mid-round rookie defenders.

The same article reads that “Lawson has looked terrific ever since he got here, maybe the best of all the rookies so far, and he just may be better than they thought. Willis has also showed up well, looking exactly like they thought”.

As I have previously written, the Bengals are planning on using Lawson as an outside linebacker in their 4-3 defense rather than as a full-time end, though they have said that he will get his opportunities on the edge. They list him as a linebacker on their site, while Willis is listed as a defensive end. Both would have been edge-rushing outside linebackers in the Steelers’ 3-4.