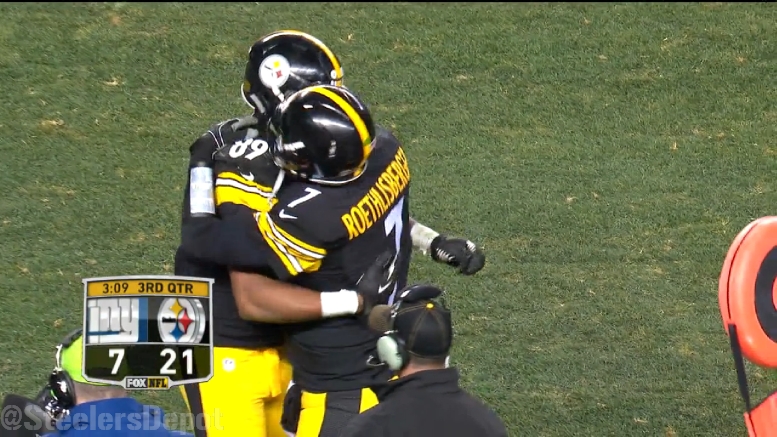 I find it a bit sad in a way to see that so many seem minimally concerned by the absence of Ladarius Green, the talented tight end that the Pittsburgh Steelers signed to a four-year, $20 million contract last offseason, and which they excised themselves from the majority of last week after they released him with a failed physical designation.

It is sad because, of course, it speaks to the lack of empathy with what he might be going through on a physical level. Green has had four documented concussions in his playing career, the fourth of which knocked him out for the final five games of the 2016 season, and it appears that he is still suffering some sort of issues from it.

But it is also sad because of the loss that it creates on the field. Yes, they spent most of last season without him, so you could argue that you can’t miss what you never really had. But they did have him for six games, and their offense was a different creature when he was in it. Only Rob Gronkowski produced more yards per route run from the tight end position last year.

One person who will feel his absence is Steelers quarterback Ben Roethlisberger, who frequently talked about Green last offseason while he was sidelined, recuperating from an ankle surgery last year that stemmed from an injury that ended his 2015 season with the Chargers.

Roethlisberger said that while he wasn’t practicing on the field with them, he was staying engaged and asking him questions, and the quarterback said that it was like a Ferrari sitting in the garage. He was hungry to take it out for a spin.

And when the Ferrari did come out of the garage, he really did take it for a spin, because Roethlisberger targeted him very frequently while he was in the game, which is an obviously contributor to his high yards per route run ratio.

The quarterback was asked about Green’s absence to start OTAs yesterday, and he said that “it’ll be tough” to have to move on without the weapon at tight end. Part of the difficulty, he said, stemmed from “being excited about what he could bring and some of the flashes that we got to see last year, stuff in practice”.

“It’ll be tough”, he said, “because we were just starting to really get on the same page”, but he did add that he is also comfortable with what the Steelers do have at the position heading into 2017, which is the same as they had last season

“We’ve got a lot of faith in Jesse obviously and what he can do, and X, and DJ and all those guys, so I think they’ll be just fine”, he said, referring, of course, to Jesse James, Xavier Grimble, and David Johnson, all of whom made significant contributions at the position in 2016. But none of them bring to the table a skill set like Green’s, and Roethlisberger will miss that after getting to spin the wheels for a while last year.