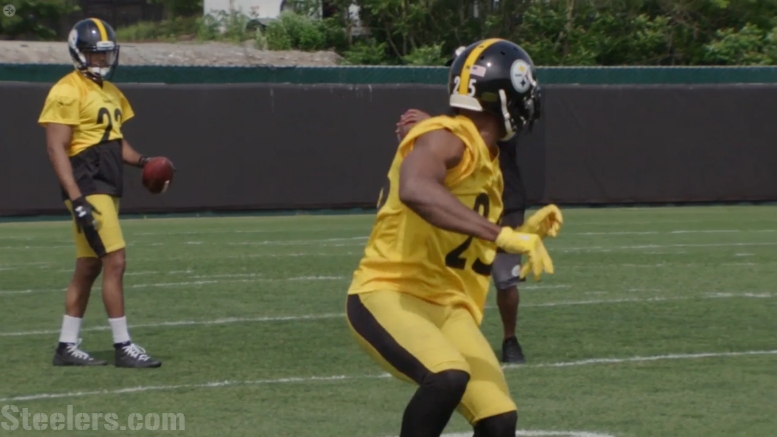 The fans want it. From the sounds of it, the players want it, too. So now the question becomes, how much does the coaching staff want it?

I am referring to the Pittsburgh Steelers’ oft-stated desire to become a more versatile secondary when it comes to expanding their ability to play in man-to-man coverage, which has not been something that they have used as their primary means of coverage in quite a long time. Ike Taylor was the last cornerback to have done it relatively consistently.

But the Steelers have over the course of the past few years been slowly adding the pieces that would allow them to play in more of that style of defense, and the chief piece there has been 2016 first-round draft pick Artie Burns, the junior cornerback out of Miami. He started nine games in his rookie season and intercepted three passes with 13 more passes defensed.

Burns, who was considered pretty raw coming out, played primarily in man coverage and it was believed that he could struggle if thrown in a zone defense, which the Steelers, of course, have been. But they have said since they drafted him that they will let him do what he is comfortable doing.

Just last month, the Steelers added two more man-coverage cornerbacks in the draft with Cameron Sutton in the third round and Brian Allen in the fifth, though the latter may be at least a year away from being a meaningful contributor. Ross Cockrell and Coty Sensabaugh have also done it, and they believe Senquez Golson can as well, even though he hardly did it in college.

Burns was asked about whether or not the secondary can handle playing a lot of man coverage last year, and he told Chris Adamski that they can. “Most definitely”, he said, according to the reporter via a Tweet. “That’s what we want”, he continued to say. “We’ll see if we get it”.

Artie Burns, on if this group of Steelers CBs can thrive in a man defense:

“Most definitely. That’s what we want. We’ll see if we get it.”

While it no doubt wasn’t exactly intended that way, his last sentence would echo a lot of the frustration that some Steelers fans have felt about the team’s inability or unwillingness to play more of that style of coverage.

I would expect to see the defense utilize quite a bit of man coverage in the secondary over the course of the preseason, but it would not be the first time that the Steelers showed a heavy dose of a relatively new package in the exhibition period only to abandon it once the games start to matter.

So it will definitely be something to monitor once we hit the regular season exactly how much the coaching staff is actually willing to allow their cornerbacks to play on a man, and against which opponents. Obviously this will hinge in large part upon what they actually see in this department in the preseason.

“I think we’re going to become a more man team because that’s what it takes to win a Super Bowl“, Burns added after Wednesday’s practice. “Every team that won the Super Bowl in the past couple years, they played man. We want to be a team that plays man, gets pressure on the quarterback with outside coverage down the field”.