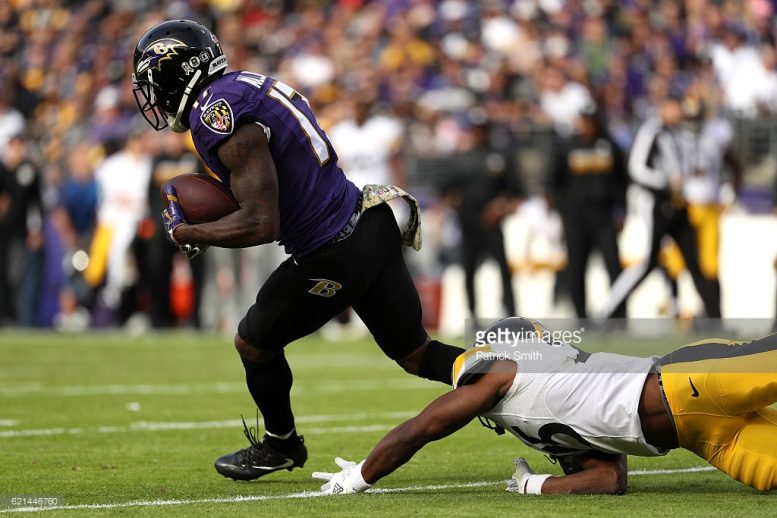 It is a funny quirk of the human mind that perception doesn’t always match up to reality. One theme that I have steadily heard for about the past six months or so, at least from one vocal segment of the fan base, is that Pittsburgh Steelers rookie cornerback Artie Burns was a player that teams didn’t want to throw against.

This was an observation typically tossed around in conjunction with a criticism of the Steelers’ other starting cornerback, Ross Cockrell, regarding whom those same people held the opposite observation: that he was targeted frequently, an obvious sign of weakness, of course.

According to Pro Football Focus, however, it doesn’t appear to be at all true that the rookie Burns was scarcely-targeted by any means. In fact, evidence suggests that he was among the most-heavily targeted among rookie cornerbacks that saw a substantial amount of playing time last season, placing ninth among 10 eligible candidates in a ranking of the rookie cornerbacks based on receptions allowed per snaps in coverage.

The graphic was meant to emphasize Bills cornerback Kevon Seymour, who led all rookies by allowing a reception once every 14.8 snaps in coverage. On the bottom of the spectrum was Panthers rookie James Bradberry. And Burns was right next to the bottom.

I’m certain that this statistic will be picked apart by some and cast as arbitrary, but it is at least one piece of evidence that contradicts the notion that quarterbacks stayed away from Burns down the stretch last season. Perhaps some will deny that that argument was ever even made in the first place.

There is no doubt that Burns made significant progress over the course of his rookie season, but it is equally clear that he must make vast improvements entering his second season in order to become the player that the Steelers need him to be. Sure, he came up with a few interceptions—at least one of which he may have been better off not making—but down-to-down consistency is crucial.

The Steelers modified and simplified their defense down the stretch last season in order to accommodate Burns after he entered the starting lineup, but the training wheels will need to come off this year, and he will need to be able to thrive on his own, without extra protection either from coverage rolling in his direction or from a simplified assignment that limits the Steelers’ defense’s broad powers of flexibility.

Considering that most didn’t even expect him to play much at all during his rookie season, it might be fair to say that he progressed more than it was thought that he would. But now it’s time to take the next step for the young man, and for the defense as a whole.