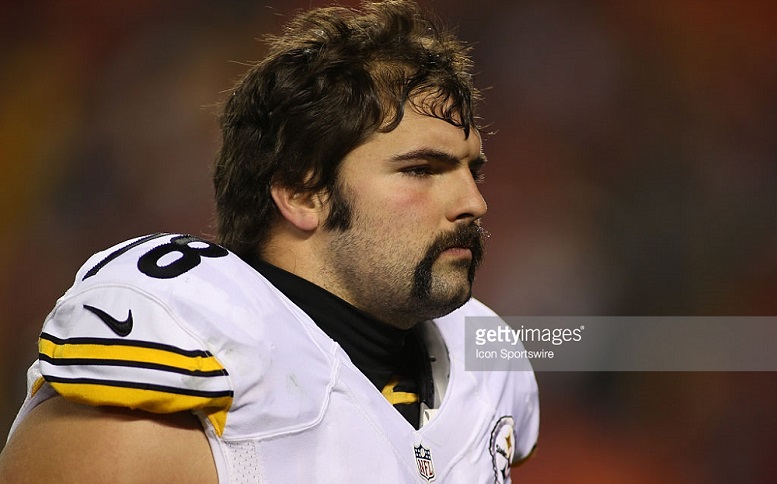 Pittsburgh Steelers left tackle Alejandro Villanueva has made great progress during the last few seasons and with a full year as the team’s starter on the left side of the offensive line now underneath his belt, he’s now looking for little ways to improve his overall game. During a recent interview with Adam Schefter of ESPN on his podcast, Villanueva was asked about the other tackles around the NFL who he likes to study.

“I study the best left tackles in the NFL,” Villanueva said. “I enjoy the process of watching film, of finding ways to get better. It’s the same as someone else would do in corporate America if they were trying to change something about their company and get better. You would look at who’s doing it best in the industry and in my industry and in the NFL, you have tackles that have done a lot effortlessly.

“So, Joe Thomas, probably technique wise, is the best left tackle out there. You have other guys like Tyron Smith. who is just a robot, who is very square, very methodical, very physical and it’s tough to watch a guy like Tyron Smith because you can’t do the things that Tyron Smith does. So, you have to modify it, who you’re watching, and I’m not calling Joe Thomas an Average Joe, but I like to watch tackles that display technique. Andrew Whitworth, I think, has really good footwork. I think [David] Bakhtiari for the Packers has a very specific way of approaching the game. I always look at certain things from a lot of tackles.”

While Joe Thomas, Tyron Smith, Andrew Whitworth and David Bakhtiari are all great starting tackles to study, Villanueva believes he really was able to make progress during his early days in Pittsburgh as tackle by watching and learning from one of his former teammates, Kelvin Beachum, who is now with the New York Jets after playing with the Jacksonville Jaguars in 2016, in addition to current Steelers starting right tackle Marcus Gilbert.

“[When] Kelvin Beachum was here with us, he was a guy that I learned from the most,” Villanueva said. “So, I look at those two, Kelvin Beachum and Marcus Gilbert, are probably the guys that helped me the most in terms of my game development.”

Villanueva was then asked what he learned from Beachum that helped his game the most.

“Beachum is a guy that his hands, I like to do the trap move a lot, I wouldn’t say a lot, but I like to use my hands and Beachum had really good hands,” Villanueva said. “So, he was a very methodical player that approached the game from a building basic blocks into then executing the play. [He] understood the concepts, modified things that he could get away with and adjust to his size and his limitations and so, he was very effective tackle and he is a phenomenal player.

“So, I liked to watch Beachum while he was here, but then on the other side you have Marcus Gilbert doing the same thing but on the other side and he’s a very physical, aggressive player, more instinctual and so if you have a conversation with Beachum and you have a conversation with Marcus Gilbert and you can start maybe getting a good balance in terms of growth.”

While Villanueva has yet to sign the one-year exclusive rights tender the Steelers gave him ahead of the start of the 2017 league year, he’s still present and participating in the teams OTA practices that got underway on Tuesday. While he told Schefter during the interview that he’s unsure if he’ll ultimately sign a lucrative contract extension during the remainder of the offseason, you have to believe there’s a good chance that ultimately happens.

In the meantime, however, Villanueva will continue to be a student of the game and more importantly, of the position he plays. While he’s not currently considered by many to be an upper echelon starting left tackle in the NFL, you could argue that he’s now in the top 10-12. Assuming he continues to improve his game during the 2017 season, Villanueva could quite possibly find himself being mentioned in the same breath as a few of the left tackles that he currently enjoys studying the most.