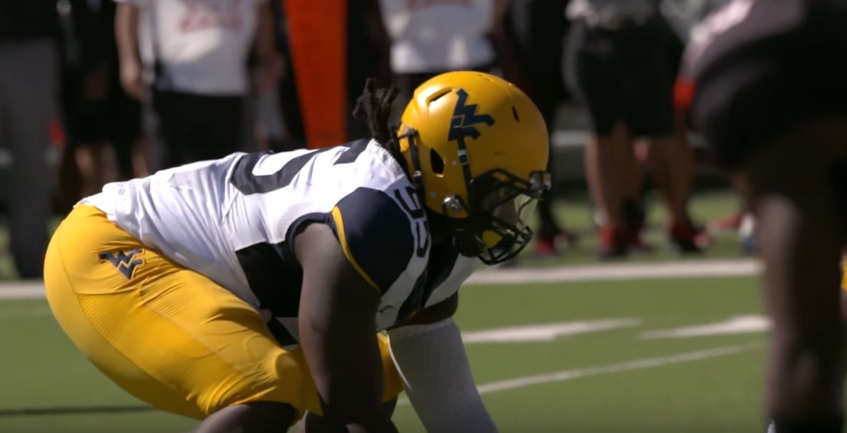 – Built well, big lower half he derives power from
– Strong at the POA, tough to move when playing with good technique
– Active hands, works hard not to get stuck on blocks in run and pass game
– Has adaquate swim and push/pull as a pass rusher
– Has balance to defeat blocks and does good job of staying on his feet
– Versatile and experience all over the front in 3 and 4 down schemes
– Good IQ, gets his hands up to disrupt throwing lanes
– Played in complicated defense that is relatively similar to the Steelers

– Tweener, lacks height and probably length to play DE, normal weight to play NT
– Below average athlete in testing and on tape
– Limited pass rusher who generally wins too late in the pass rush
– Needs to show more snap-to-snap consistency against the run, hands and pad level can be too high, causing him to get washed
– Decent motor but must show fanatical effort

Brown is the last prospect we’re looking at from the UDFA crop – we will profile newly signed QB Bart Houston soon – but unfortunately, he isn’t the best. That doesn’t mean he’s awful though and there’s a couple things I do like. He’s built like Javon Hargrave; on the shorter side, stocky, with a bubble butt. Holds the POA well when he plays with proper pad level. NT in this clip, the center falling to the ground.

Though he is far from a great pass rusher, he uses his hands well and works hard not to get stuck on his blocks. Sometimes, WVU would go with a three man pass rush or using Brown as just a contain guy, making pressure almost impossible, but I’ve seen him use his hands well to defeat blocks. Good push/pull here. RDE in the following two clips.

Brown does need to avoid playing too high and getting out-leveraged. Has to keep his hands down, which shouldn’t be a problem for a shorter defensive linemen. So it sucks when you see him get pushed around like this.

Based on their college tape alone, I like Brown more than I did the other UDFA defensive linemen, Nelson Adams. Finding Brown’s position could be tougher and I think he winds up as a nose tackle, unless the numbers demand him playing end. I haven’t done the math. He’s a little light on the scale to play in the middle but his body type and strength suggests that’s his best role. Could be a spot on the practice squad for him if he plays really well.