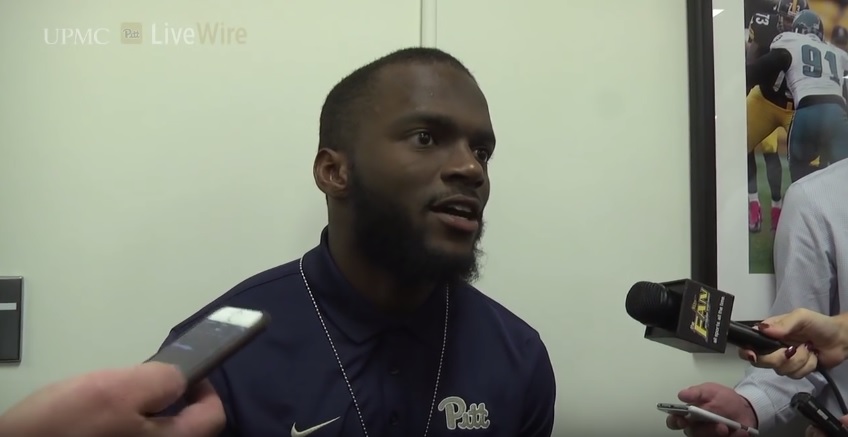 – Willing to sacrifice his body, throw himself into the tackle
– Gets downhill in a hurry in the run and screen game
– Average to slightly above average straight line speed
– Versatile, experience over the slot, in the box, and the deep half/quarter safety
– Shows some aptitude in zone coverage as buzz/sky safety in the flat
– Lots of starting experience

– Misses far too many tackles, maddeningly inconsistent
– Struggles to come to balance and break down in space
– Lacks strength to be able to finish the play as a tackler, wrap/drag down tackler
– Doesn’t always get to spot in coverage and trails too many vertical shots downfield
– Has trouble playing catch points and finding the ball in the air
– Inconsistent game overall
– No defining physical trait, average testing overall
– NFL role, tweener between strong and free safety
– Average level of production

Oh boy, guys. I really try to look for the positive in every player in these reports. And there is a little bit of that in Terrish Webb. But you really have to look hard to find it, unfortunately.

He’ll throw his body around. Give me an “A” for effort. Has a Mike Mitchell type of mentality which hey, I can respect. Not everyone is willing to do that. He misses the tackle here because he isn’t wrapping up but he’s trying to KO David Njoku. #2 in all these clips.

Yes, you want/need to see him finish that play. Like I said, I struggled to come up with a lot of consistent positives in his game.

Maybe it’s on me. Maybe I didn’t watch enough. Or didn’t watch the right games. Maybe there’s an injury at play I’m not really aware of, though he didn’t mention it in the one interview I read. But Webb’s tape is as poor as maybe any of the UDFAs I watched, to the point where I would have rather see him come in on a tryout basis than a full-blown UDFA.

In the three games I watched – Clemson, Miami (FL), and Georgia Tech in 2015 – he missed nine tackles. Five of them came on the same concept. Swing passes to the flats on RPOs. He has the ability to read the play but either due to a poor angle or just flat out missing the tackle, going too low or not having the strength to finish. It got comical. Two examples.

I tweeted out about Webb being that poor tackler on Twitter and got four or five responses – from people who probably watched him more than me – of people agreeing how bad he was. Didn’t get one person coming to his defense. Reader Tyler chatted me up and sent this screenshot of the, uh, “support” from Panthers’ fans about Webb during parts of last year.

He’ll try and hit you, he will sacrifice his body, but it’s tough for me to show any level of objective excitement. I’m not even comfortable saying he’ll make it to training camp.