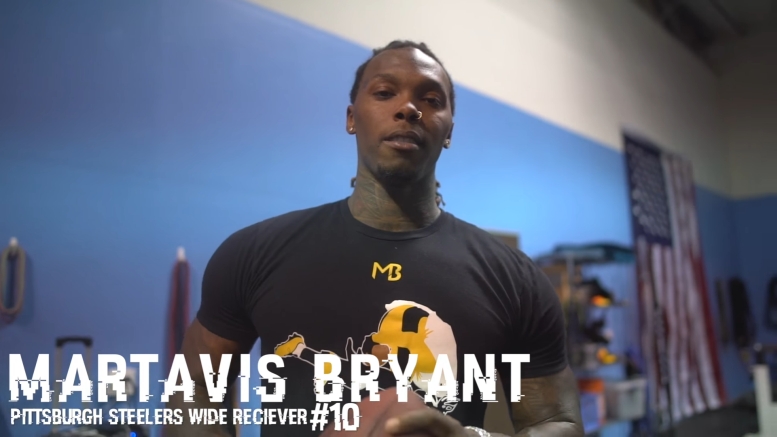 Following a year out of football due to an indefinite suspension, I think it should probably go without saying that the stock value of Steelers wide receiver Martavis Bryant is obviously trending upward. I even read an article intimating that he offered the best value based on his projected selection in fantasy football.

But of course the road ahead for Bryant is still paved with obstacles, even if the course to redemption is somewhat mapped out. He has been conditionally reinstated, but he has yet to be able to actually report to the team facility and resume his football career and work out with his teammates.

The day that he walks back into the UPMC Rooney Sports Complex will certainly be an interesting one, and you can bet that we will get plenty of news out of that, from an inevitable interview with him upon his return in addition to interviews with many of his teammates discussing his first day back, his first practice back, and on down the line.

More importantly, assuming that everything else goes smoothly, of course, is the fact that Bryant has evidently been quite diligent in maintaining his shape. He has frequently documented his training regime and put forth plenty of examples of his bulkier, yet still speedy figure, reportedly up to 230 pounds of muscle now.

If Bryant can step back into the role that he vacated due to his issues of the field, then that dramatically reshapes not just the Steelers’ offense and what it is capable of doing, but also the team as a whole and what level of success they will be able to achieve.

But on a personal level, doing so will be tremendous for Bryant as an individual, who has far too much early-life experience in dealing with self-inflicted wounds. He has allegedly battled depression and seems to take things to heart when he is down, so naturally I hope for the best for him and his family, which now I believe includes three children.