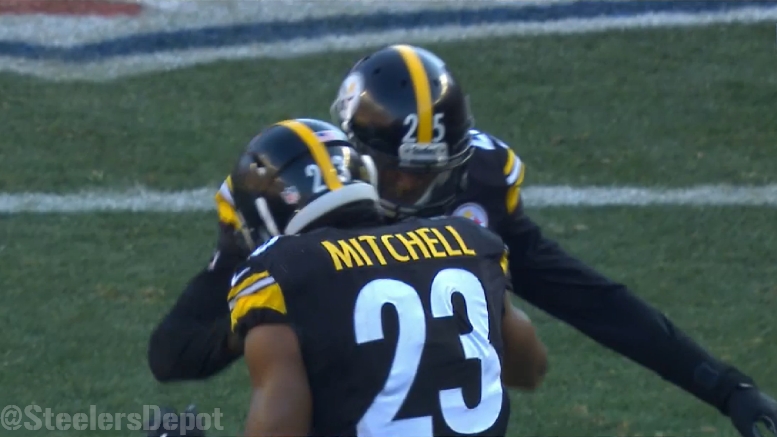 Sticking with the secondary theme, the next player up for a stock evaluation is veteran safety Mike Mitchell, whom the Steelers signed in free agency three years ago, and he has started every game for them since then.

Over that course of time, the former Raiders and Panthers safety has recorded 228 tackles, four forced fumbles, four interceptions, and 21 passes defensed. He also recorded his first sack with the Steelers in the first postseason game this past year, causing a forced fumble on the play.

Mitchell isn’t the most popular player for the Steelers for many fans, whether rightly or wrongly, but the bottom line is that those who wish to see him replaced in the starting lineup and unlikely to have it granted this year, perhaps not the year after, either. He is likely to finish out his five-year contract with the team as a starter.

Truthfully, he did not have his best of three seasons in Pittsburgh last year, but it was better than is often portrayed, and I believe a good deal of his performance can be explained by the fact that he was playing in a secondary that was turning itself over throughout the season.

The secondary that opened the season featured William Gay on the outside, Sean Davis in the slot, and Robert Golden at strong safety. By the end of the year, Gay moved to the slot, Artie Burns stepped into Gay’s outside role, and Davis replaced Golden at safety. Jordan Dangerfield also started alongside Mitchell at safety for multiple games.

The reality is that Mitchell spent at least a portion of the 2016 season sort of babysitting his young teammates. I can recall at least two instances in which he had to save Burns from giving up a touchdown after making a mistake in coverage.

As the defensive backfield continues to stabilize and gel this year, I would also expect it to have a domino effect in the performances of all five or six players who will be contributing there. And Mitchell will be able to focus more on his own duties, which should allow him to make more plays, and perhaps miss fewer.