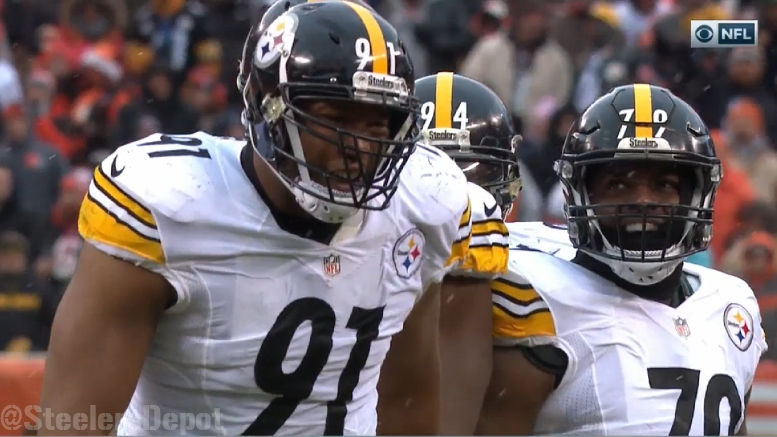 While he may be an established starter for a couple of seasons already, fourth-year defensive end Stephon Tuitt remains what a certain Steelers head coach might call an ascending player, and the fact that he dealt with injuries last season also helps to explain his comparative lack of production a year ago.

The former second-round draft pick broke out in his second season in 2015, recording six and a half sacks with 39 tackles and an interception in 14 games, but his sack production dipped to just four a year ago, also in 14 games. He missed the final two games—and most of the game before it—with a knee injury as he recorded a quarterback pressure.

If he can harness his athletic potential and get it more under control, there is nothing stopping Tuitt from being a dominant 3-4 defensive end and interior rusher in the Steelers’ base nickel. He absolutely has the ability to put up numbers worthy of consideration for the Pro Bowl.

He hasn’t quite done that just yet, but we have seen more than enough flashes—and flashes feels like a word too inadequate to describe it—of what he is able to do at his best. He certainly has no lack of motivation as he scrambles 40 yards down the field to chase down a screen pass.

The 2017 season will be a critical one for the Steelers’ defense as they seemingly have all the pieces in place to complete the turnaround—or at least enough of the pieces to make a difference. The Steelers need Tuitt to live up to his potential this season and for the next five-plus years after that as well. He should become a wealthy man later this summer with a contract extension.