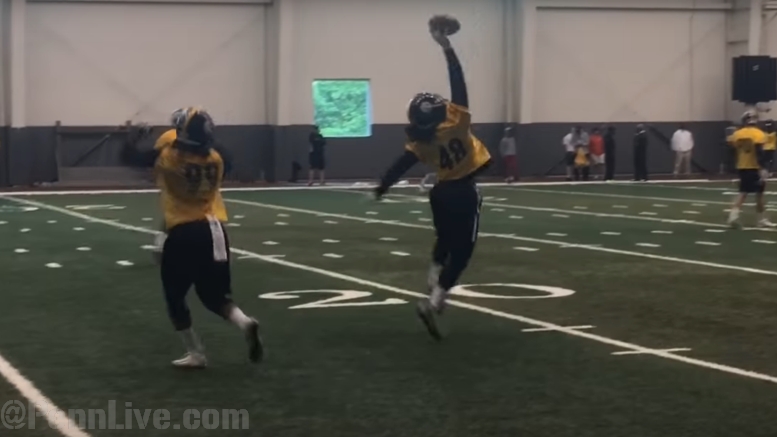 Question: Will Bud Dupree be used as more of a chess piece in his third season after getting healthy?

It should go without saying that the Steelers drafted outside linebacker Bud Dupree in the first round of the 2015 NFL Draft because he is a freak athlete. It certainly was not because of his production at the college level, because the simple fact of the matter is that he wasn’t very productive. He was the opposite of Jarvis Jones, who was very productive but is a limited athlete.

Still, that didn’t stop Dupree from contributing during his rookie season, spending roughly the first three quarters of the year rotating behind Arthur Moats at the left outside linebacker position before nominally entering the starting lineup, even though the snap counts remained roughly stable. He recorded four sacks early on, but admitted to hitting a wall later in the year.

Last season, of course, he missed most of the year after undergoing a sports hernia surgery in training camp. He was on the injured reserve list for the first 10 games with a return designation, and in his first game back, he hardly played a snap. But he recorded four and a half sacks in his last four games, and added another half-sack and a hit that produced an interception in the playoffs.

As he continues to develop both in skill and production as a pass rusher, however, the question becomes how much to expand his role, and his repertoire. Dupree is in his third season with the team now, and has a strong grip on the defense, so the coaching staff will no doubt want to take advantage of his athletic abilities.

They have already used Dupree to drop into coverage a fair bit last season, as they always have with their outside linebackers, but I can see them giving him more explicit coverage assignments this year almost as an inside linebacker. He has the one-hand interception down already. There are a lot of other things you can do with a player of his athletic makeup as well.