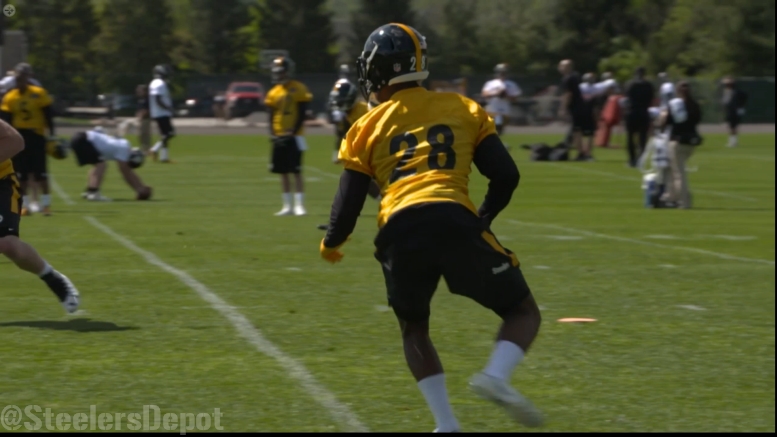 Question: Could the Steelers use Sean Davis as a coverage safety out of the slot in sub-packages?

One of the things that the Steelers liked best about Maryland safety Sean Davis when they drafted him in the second round last year was the fact that he had versatility as a defensive back who got time both at safety and cornerback, and they viewed him as a safety with coverage skills.

Now, that goes without saying, considering that they let him open his rookie season as the nickel slot defender. But he ended up in the starting lineup at strong safety in the second half of the season, and that will be his role for the next decade if everything goes according to plan.

But could there be a wrinkle thrown into the mix that utilizes his coverage skills more directly? The Steelers have coveted the ability to play a bigger defensive back body up in the box in coverage in their ‘quarter’ or ‘big nickel’ defenses, but haven’t had the personnel or timing to do it much.

Combined with the departure of Lawrence Timmons and the questions about Vince Williams’ ability to play in coverage, they may be inclined to exploring more options, even getting creative. One possibility would be putting a third safety on the field to play Davis’ role while allowing Davis to roll into the slot or cover a tight end or running back.

The Steelers didn’t hesitate to put a lot in his plate as a rookie, and he is much further along this May than last, so I don’t think it would be too much to ask of him if it’s something they are considering. If it isn’t, then perhaps they should, at least to see how it looks. Either Robert Golden or Jordan Dangerfield should be suitable to play in this scarce sub-package look.