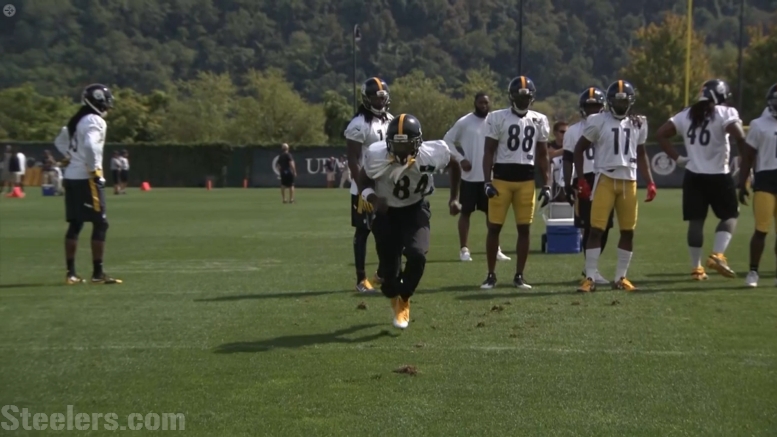 Question: How likely are we to see a surprising number of players kept on the 53-man roster at a certain position?

The offseason has been an interesting one in terms of how the roster has developed at different positions. It is shaping up so that we may see the Steelers choose to keep an uncommon number of players at one position or another when it comes time to make up the 53-man roster, just based on the strengths of the roster and on special-teams contributions.

Four tight ends is somewhat uncommon, especially when a fullback is also kept. Six wide receivers is somewhat out of the ordinary as well, though probably less so than it once was. Yet these are not the sorts of figures I’m talking about.

Alex Kozora’s way-too-early 53-man roster prediction yesterday included seven wide receivers. That’s uncommon. And it’s a scenario that is within the realm of possibility, to be sure, if the players at the bottom of the depth chart earn their way on special teams.

Another position at which they could potentially keep seven is at cornerback, whereat they have questions about whether or not a former high-round draft pick will be able to contribute. If he proves to be able to do so, and others, such as Brian Allen, show up in the third phase of the game—especially if they only have four safeties—this is another possibility.

Outside linebacker. Here’s a position where they could keep six. They had six inside linebackers for a time a year ago, and this year it could be on the outside. They lost one in free agency but added two in the draft, and they like all of them.

I don’t think the Steelers are in a hurry to part with Arthur Moats or Anthony Chickillo, and they are obviously going to give Keion Adams a chance. This is another position at which, if they keep fewer at a related position—four inside linebackers—we could see the group here benefit.