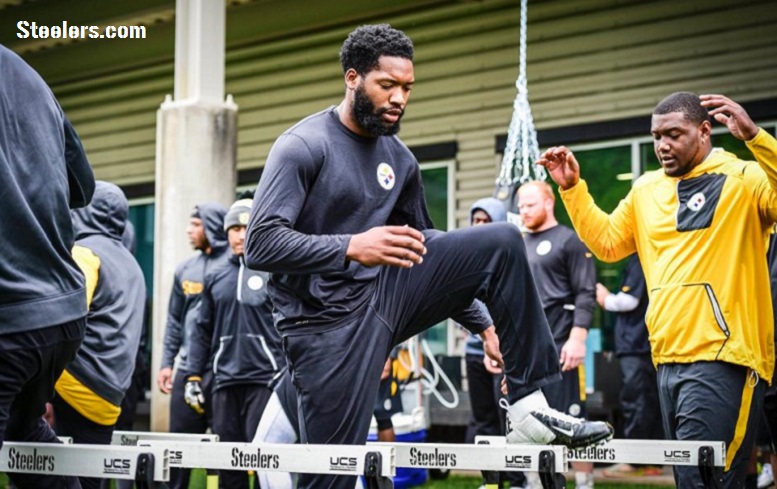 Question: What should we take away from the apparent evidence of tight end Ladarius Green participating in Phase Two of the Steelers’ offseason activities?

It would seem to me that there is no bigger question facing the Steelers this offseason without at least a somewhat satisfying answer than whether or not the team is going to be able to approximate a full seasons’ worth of work from tight end Ladarius Green, who signed a $20 million contract with the team last year following Heath Miller’s retirement.

He began his tenure with Pittsburgh nursing an ankle injury that required surgery, a process that lingered into the season, resulting in him missing the first eight games. He returned for the next six and was rather productive in limited playing time—averaging the second-highest yards per route run among tight ends—before suffering a concussion from which he never recovered, though he was not placed on injured reserve.

Green missed five games due to that concussion and presumably may well have missed the Super Bowl two weeks later had the Steelers advanced to that point, though there is no way to actually confirm that. Really, we have been in the dark about his condition since their season ended.

Earlier this week, the Steelers’ website posted photos from the team’s first day of Phase Two workouts, and Green is clearly seen in one image prominently participating with the rest of his teammates, which was the first bit of evidence that he is not debilitated lying in a gutter somewhere.

But what does it really mean? How much can we actually learn from this? We do know that he is voluntarily participating in the activity, by definition, as the only thing mandatory before training camp is the minicamp, which is several weeks from now.

Do we know, for example, that this means that he is not in the concussion protocol? Part of the process of clearing the protocol is to be able to go through practice without producing symptom subsequently. Is that even a factor right now? Has he actually gone through a physical? When the Steelers were asked about him pre-draft, they simply responded that they had no medical update on any players. What did that mean? What does any of this mean? What is even real? If Ladarius Green catches a pass in the woods and nobody’s around to see it, did it really happen? And more importantly, who threw it?