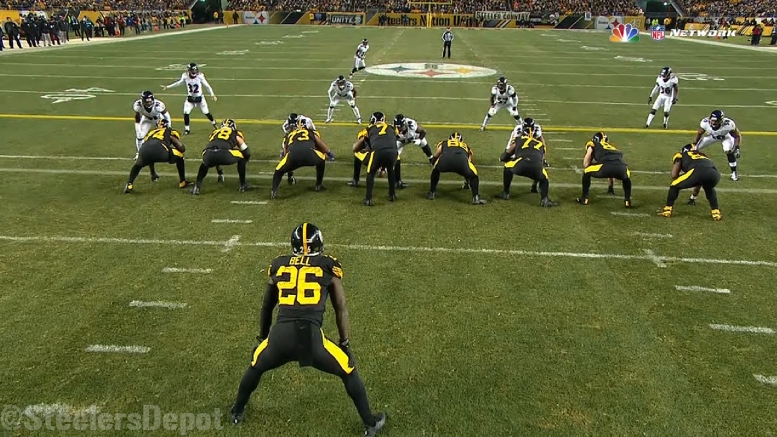 Question: How much will we continue to see the tackle-eligible position this year?

It has sometimes been hard to gauge the rise in the usage of the tackle-eligible tight end since Todd Haley came onboard as the offensive coordinator several seasons ago. It has often enough seemed to be a product of necessity rather than an actual intended desire to use an additional offensive lineman, at least in most contexts.

Last season, for example, they used the tackle-eligible much more than they did in the year prior, with Chris Hubbard logging well over 100 snaps in that role—though I do not recall offhand the exact number. The Steelers very briefly used Ryan Harris in that role before he was injured.

But they also were coming off a season in which they lost both Heath Miller and Matt Spaeth, and Jesse James was coming off essentially a redshirt season, as was Xavier Grimble, a former practice squad player. They had to bring back David Johnson because of the turnover.

Even with Ladarius Green gone, however, they have now had a somewhat stable group of tight ends that they have been working with for a while now in James, Johnson, and Grimble, and in that comes a bit of a comfort. All of them are at least capable of blocking, while James and Grimble are still improving as they gain more experience.

So will we see a reduction in the usage of the tackle-eligible this year as they place more trust in their tight ends to carry out the sort of blocking assignments that they have asked that position to carry out over the years?

Might we see them want to use it even more as they get Jerald Hawkins into the mix? They value his athleticism, which suggests that he can be used on the edge. They also probably want to get him some snaps, since he won’t be getting them in the starting lineup. And they still like Hubbard, of course.