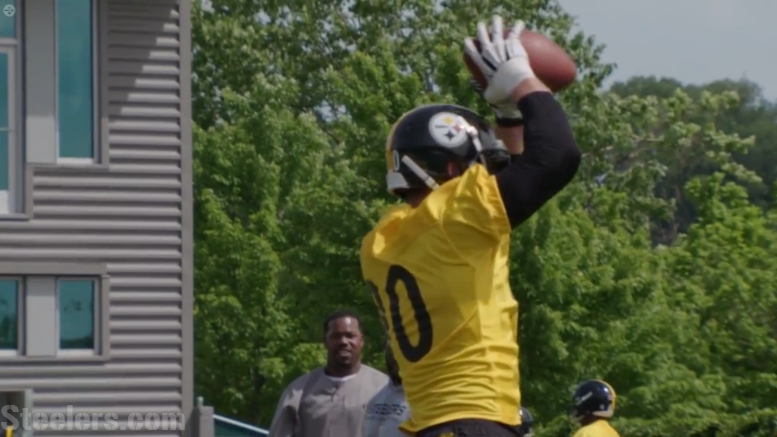 Question: What was the biggest takeaway from the first day of OTAs?

OTAs are not necessarily the be-all, end-all of football information, but there are things that we learn when we hit that point in the offseason. It is the first opportunity for us to actually hear from many different players, and that always comes with new information. It is the first time for offenses and defenses to work together in 7-on-7 and 11-on-11 drills.

So while it might not seem like much—and perhaps isn’t all that much when we reach a point of hindsight—there are still things that we can learn just by being observant around the start of football activities.

We learned, for example, that Martavis Bryant has completed the establishment of his rehabilitation plan, which has allowed him to join practice with his teammates. And we also learned that he was immediately installed into work with the first-team offense.

Other than that, we didn’t get wind of many practical matters when it comes to the Xs and Os of football, but with James Harrison sitting out much of the day, it is notable that T.J. Watt got a large number of reps with the first-team defense.

We also learned that Senquez Golson was out there working with everybody else and doesn’t appear to be dealing with any repercussions from his foot injury from training camp last year. We saw Sean Davis and Vince Williams out there, who also had offseason surgeries.

Perhaps it’s not a whole lot to take in right now, but as the weeks progress, we will of course be learning more and more about how this 2017 team will be shaping up.