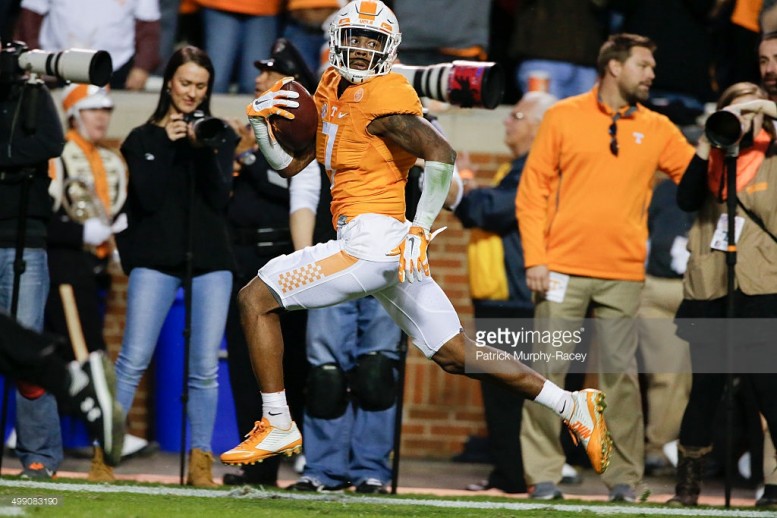 The Pittsburgh Steelers have selected Tennessee CB Cameron Sutton in the third-round of the 2017 NFL Draft with the 94th overall pick.

Sutton, who measured in at the scouting combine at 5112, 188-pounds, had 127 tackles, 7 interceptions and 37 total pass breakups in the 45 games he played in at Tennessee.

While Sutton wasn’t one of the Steelers pre-draft visitors in April the team sent a lot of people to his pro day.

After Sutton was selected, Steelers defensive backs coach Carnell Lake praised the cornerback’s ability to play in press/man situations. Lake said the Steelers are drawn towards defensive backs that are a big part of the communication on defense in college.