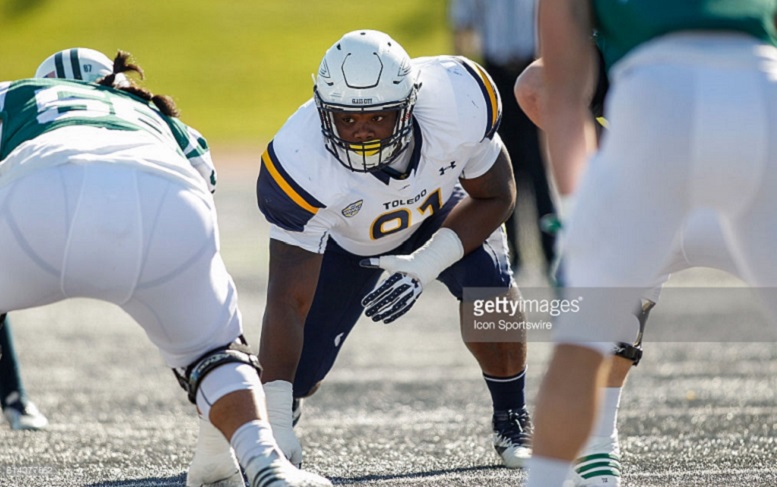 The Pittsburgh Steelers are hosting one pre-draft visitor on Monday and it’s Toledo defensive tackle Treyvon Hester, according to Bob Labriola of steelers.com.

According to Tony Pauline of Draft Analyst, the Steelers were one of several teams present recently to see Hester, who has now finally recovered from his December shoulder surgery, go through his workout. Hester was invited to this years scouting combine but unable to participate due to him still rehabbing.

Hester reportedly measures in at 6023, 304-pounds and registered a vertical jump of 31.5-inches at his recent workout in addition to running the 40-yard-dash between 4.86 and 4.91 seconds.

In the 48 games that Hester played in at Toledo he registered 161 total tackles and 13 sacks. He also forced four fumbles and defensed four passes.

Hester is considered a local product after playing his high school football at Penn Hills and thus won’t count against the Steelers 30 allotted pre-draft visitors.