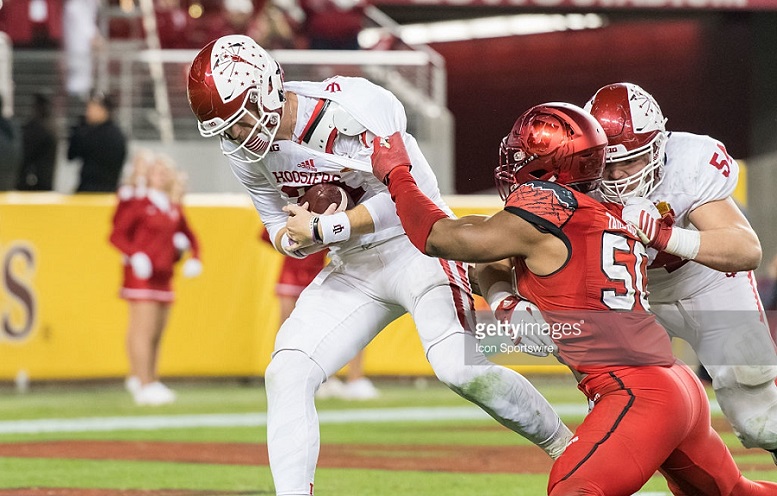 The Pittsburgh Steelers are now in the process of closing out their 2017 pre-draft visitors and on Wednesday they hosted three defensive players.

According to Bob Labriola of steelers.com, Utah edge-rusher Pita Taumoepenu and Georgia Tech defensive ends Francis Kallon and Patrick Gamble are all visiting with the team on Wednesday.

Taumoepenu, who measured in at the scouting combine at 6012, 243-pounds, ran the 40-yard-dash in 4.67 seconds. He recorded 73 total tackles to go along with 21.5 sacks in the 46 games that he played at Utah that included him starting just seven times as he was mostly used as a pass rushing specialist. There’s a decent chance he goes undrafted.

As for Kallon, he measures in at 6-5, 294-pounds. He recorded 37 total tackles in the 34 games he played in at Georgia Tech and that included two sacks in 2016. Kallon was named the overall lineman MVP of the Tropical Bowl. He will more than likely go undrafted this year.

Gamble, who measures in at 6-4, 277-pounds, recorded 123 total tackles in the 46 career games that he played in at Georgia Tech and that included 8.5 sacks. Gamble, like the other two players who visited on Wednesday, could ultimately wind up going undrafted.